Prices of staple foodstuff increased in May - report 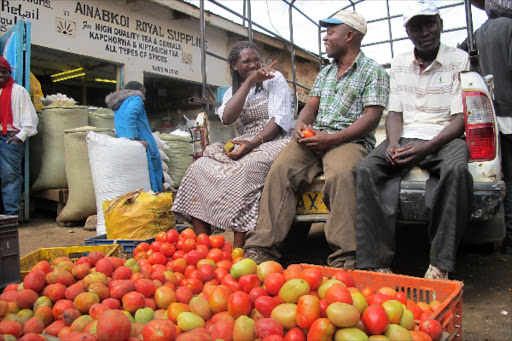 Food prices trends varied across the country but indicated a slight increase compared to the month of April.

The Food and Nutrition Security report for May shows that the average price of a 90kg bag of maize across major markets in May was Sh2,835 compared to Sh2,723 in April and Sh2,610 in March.

The report was released on Wednesday by the Ministry of Agriculture, State department of Crop Development and Agricultural Research.

It indicates that the average price of maize grain was stable in the urban reference markets which was attributed to continued flow of maize from maize surplus areas.

Agriculture Principal Secreytary Hamadi Boga said the domestic supply of maize is still high in the maize growing region and there is fairly good distribution between deficit and surplus regions.

He said the highest average price of a 90 kg bag was reported in Kisumu County at Sh3, 300 and lowest prices in Eldoret at Sh2, 500.

High average prices of beans at Sh8, 845 was recorded in Kisumu which is attributed to low domestic stocks.

“The average prices for a 50kg bag of Irish potatoes was Sh1, 945 compared to Sh1,835 in April. This indicated a slight increase compared to the price of Sh1,762 in March. High average whole sale price of Sh2,333 was recorded in Kisumu county and was attributed to reducing supply from the production regions,” says the report.

The National Cereals and Produce Bard has a stock of 403,000 bags of maize,” the food and nutrition report states