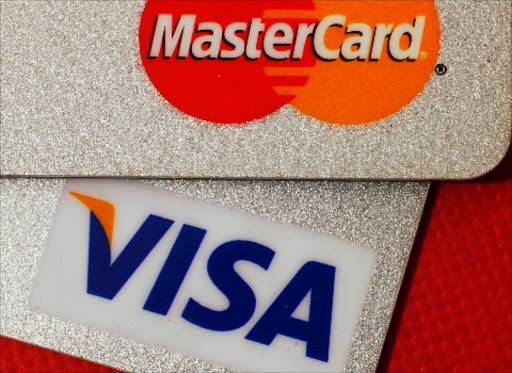 Visa and Mastercard have been accused of cashing in during the coronavirus crisis by charging "excessive fees".

They warn that retailers will be forced to pass on the extra costs to consumers, with credit card bills rising by another £40 a year.

"It is vital that the government takes action to tackle excessive card costs," said the BRC's Andrew Cregan.

Mr Cregan, head of finance policy at the British Retail Consortium (BRC), told the BBC: "If a phone or energy company increased their fees by such an amount there would uproar.

"It's an abuse of a dominant market position by these companies. They're two of the most profitable organisations in the world and they've got merchants over a barrel."

The industry body wants the Competition and Markets Authority (CMA) to investigate the card schemes.

A Visa spokesperson responded: "Visa enables millions of merchants throughout the UK to access the benefits of digital payments, giving them the ability to reach billions of potential customers both in their local communities and across the globe. Visa has delivered to UK consumers some of the most secure and innovative payments solutions available anywhere in the world."

A Mastercard spokesperson said: "Card-based payments continue to grow in popularity with consumers as they offer unrivalled convenience, security and protection.

"More shops and businesses are also adopting them either for the first time or in new contactless or digital formats, as they too benefit from faster, more efficient and secure payments, which in turn generates significant value for their businesses."

Retail and hospitality trade bodies have come together to call for action to tackle card fees, as more of them have been forced to accept only card payments due to the pandemic and social distancing rules.

In its latest Payments Survey, the BRC said that card schemes were clearly the "least competitive layer of the card payments ecosystem", with a duopoly controlling 98% of the UK market.

"Complex billing structures have become a powerful tool to bamboozle political, regulatory or legal attempts to rein in increasing abuses of the schemes' dominant market positions," said the industry body.

BRC said the increases in scheme fees - 39% in 2017 and 56% in 2018, measured as a percentage of turnover - were "clear demonstrations of an abuse of market dominance".

The BRC said the average cost of a cash transaction to retailers was just 1.42p. Accepting payment by debit cards costs retailers 5.88p, while credit cards cost them 18.4p.

"The events of the last few months have accelerated a move towards the use of card payments across hospitality, with many now not accepting cash on safety grounds," pointed out David Sheen, public affairs director at UK Hospitality.

"The sector needs to be protected from excessive fees for doing the right thing."

Jeff Moody, commercial director, British Independent Retailers Association, said that local shops are being penalised as they are not able to negotiate better fees with payment firms.

"The contracts available to large national chains are often not available to individual smaller independent retailers," he said.