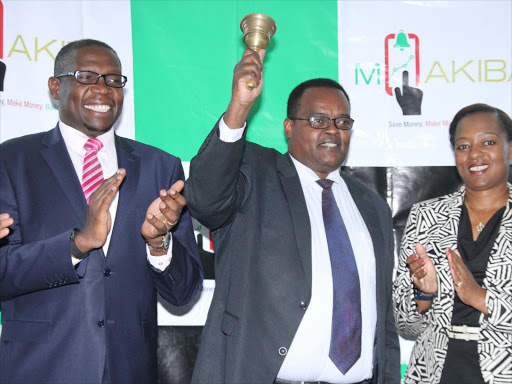 The Treasury Monday paid an interest of Sh44.56 million to 13,494 investors of the M-Akiba Retail Infrastructure Bond which was reopened late February last year.

The government sought to raise a total amount of Sh250 million against the Sh1 billion target.

In a statement, the Central Depository and Settlement Corporation (CDSC) said the investors will receive their final interest payout and the principal amount invested on September 7.

To date, a total of Sh150.6 million has been paid out in interest to all M-Akiba Investors and Sh1,045 billion raised from the five Bond Issuances since 2017.

The redemption date for the M-Akiba 1 Bond falls on April  6, 2020. Investors in this note will receive their principal amount invested and final interest payout.

CDSC chief executive Nkoregamba Mwebesa said the agency continues to fulfill its mandate by facilitating the settlement of M-Akiba transactions traded on the Nairobi Securities Exchange (NSE) and managing coupon payments and redemption of the bond at maturity.

I urged the public to register and buy the bond in the secondary market by to benefit from this lucrative and convenient way of saving with a guaranteed return of 10 per cent tax-free per year,'Mwebesa said.

M-Akiba gives citizens an opportunity to in government bonds by investing a minimum Sh3,000, which is considerably lower in comparison to the minimum Sh50,000 required to invest in other Treasury bills and bonds