This outlook partly reflects the nature of the current global environment, in which a slowdown in exports is likely to slow business activity. 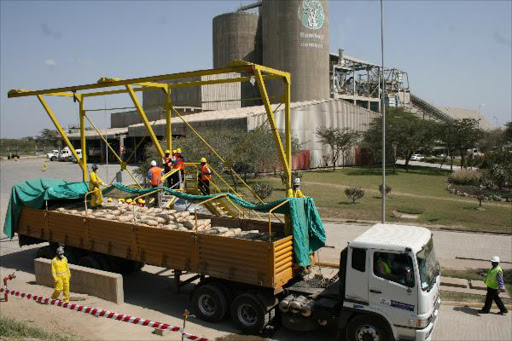 Kenya's private sector ended 2022 on a high, with new businesses rising at the sharpest rate since February, leading to accelerated increases in output and employment.

According to December's  Purchasing Managers’ Index (PMI), the boost to growth was helped by a softening of inflationary pressures, as firms saw costs increase to the smallest extent in a year.

Businesses were nonetheless subdued about the year-ahead outlook amid continued worries about global economic conditions.

The headline PMI picked up to a three-month of 51.6 in December, rising from 50.9 in November and posting above the 50.0 neutral mark for the fourth month running.

Reading above 50 points shows improvements in business conditions on the previous month, while readings below 50.0 show a deterioration.

The headline PMI signalled a modest improvement in operating conditions, one that was broadly aligned with the average seen since the survey began in 2014.

Kenyan businesses pointed to a further rise in activity at the end of the year, signalling the first back-to-back expansions in 2022.

The modest rate of growth was slightly faster than in November, linked by survey panellists to a range of factors including higher demand, favourable weather conditions and softer price pressures.

Moreover, the rate of sales growth quickened to a ten-month high and was solid overall.

Sectoral performances varied, with uplifts in agriculture, manufacturing and wholesale & retail contrasting with falls in construction and services.

Export growth disappointed, dropping to a nine-month low. Kenyan businesses made further additions to their staffing numbers in December, with the slight rate of job creation the fastest seen since March.

Rising staff capacity allowed firms to deplete outstanding work for the second month in a row.

Companies also raised their purchasing activity at the end of the year, with the solid upturn leading to a further expansion of input stocks.

Vendor performance improved for the fourth month running, although greater demand pressures on suppliers meant that lead times were shortened only mildly.

The positive news was also found on the prices side in December, as Kenyan firms saw input costs rise at the slowest rate for 12 months.

Subsequently, companies raised their output prices to the smallest extent since August.

Despite improving business conditions, output expectations weakened again in December and were among the lowest on record. Only 11 per cent of firms expect output to rise in 2023, with confidence remaining subdued amid concerns about the global economy

Mulalo Madula, Economist at Standard Bank says the December survey results in paint a positive picture for the Kenyan economy, in line with the series average.

"It comes as no surprise to see activity expand, perhaps due to favourable weather conditions and softer price pressures before a challenging 2023,"Madula said.

He adds that the expansion was not broad-based, with agriculture, manufacturing and wholesale and retail trade in expansionary territory. In contrast, the construction and service sectors experienced a decrease in output.

“Going forward, businesses report only modest positivity, with 89 per cent of respondents anticipating no change in business activity over the next 12 months,'' he said.

This outlook partly reflects the nature of the current global environment, in which a slowdown in exports is likely to slow business activity.

“On the positive side, inflationary pressures appear to be easing, with input costs and output prices rising at a slower pace. Moderate inflation is likely to be one of the few positive factors in the second half of 2023,'' the PMI reads in part.

"However, idiosyncratic factors, including taxes, are likely to dislocate inflation in the first half of the year".

New orders strengthened for the third month in a row.
Business
1 month ago

Expert have projected a better 2023 as the market corrects.
Business
2 months ago

Kenya's production index down to a 14- month low

The monthly PMI sunk to 46.8  points compared to 48.2 points in May
Business
6 months ago
Post a comment
WATCH: The latest videos from the Star
by VICTOR AMADALA Business Writer
Kenya
05 January 2023 - 15:00
Read The E-Paper