The region holds about half of the world’s fertile and as-yet-unused land – and yet it spends $25 billion annually importing food. 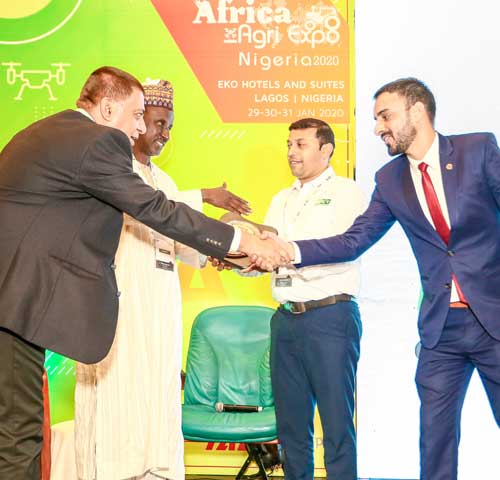 Kenya is set to host the 6th edition of the Africa Agri Expo in February 2023, aimed at bringing the entire agricultural value chain under one roof.

The two-day event is expected to open up a vibrant platform for agribusiness experts, top global companies and key policymakers to explore the commercial opportunities in the continent through effective meetings and networking sessions.

Endorsed by the Ministry of Agriculture and Livestock Development, the expo kicks off on February 8 at the Kenyatta International Convention Centre (KICC) and is designed to provide solutions to Farmers, Agribusiness professionals, Agronomists, Government representatives to improve their yields and revenue.

The event themed ‘A Gateway to Agribusiness in Africa‘ will highlight the advancements in technologies for the agriculture value chain, food security, nutrition, crop protection, water management and ways to mitigate post-harvest losses in Africa.

“In addition to the excellent networking and exhibiting opportunities, this event will also facilitate a comprehensive conference featuring panel discussions, Q&A sessions and keynotes from regional and global industry experts and policymakers,''Bari said.

According to him, Africa's Agribusiness industry will be the core topic of discussions on the agenda.

The move comes as the country is facing a decline in agriculture output as the ongoing drought continues to bite.

According to the World Bank latest update on Kenya’s economy, the agriculture sector contracted by 1.5 percent in the first half of 2022 and, with the sector contributing almost one-fifth of GDP, its poor performance slowed GDP growth by 0.3 percent.

A recent rapid response phone survey that monitors the impact of shocks on households by the World Bank shows a rise in food insecurity, most severely in rural areas where over half of households reduced their food consumption in June 2022.

Most households reported an increase in prices of essential food items and with many being unable to access core staples, such as beans or maize.

“There is a need for the African governments to prioritize agricultural development and product promotion,” said Afsheen Siddiqui, Conference Producer of AAE 2023.

His sentiments are shared by Alqama Arif, AAE Project Manager who says that most of the products in Africa's Agribusiness are imported - creating an exceptional business opportunity for companies.

''We will connect you with the ideal business partner in the region based on our over a decade of experience in Africa's agriculture industry,” Arif said.

Yet, Africa’s full agricultural potential remains untapped. A recent analysis by Mckinsey indicates that Africa could produce two to three times more cereals and grains which would add 20 percent more cereals and grains to the current worldwide 2.6 billion tons of output. Similar increases could be seen in the production of horticulture crops and livestock.

The World Bank projects that agriculture and agribusiness in Africa will grow to be a $1 trillion industry in Africa by 2030. To promote this outcome, the continent must review its incentive structures.

The region holds about half of the world’s fertile and as-yet-unused land – and yet it spends $25 billion annually importing food. It also uses only a tiny percentage of its renewable water resources.