The lobby says it will work with agencies like EACC to fight graft.

•The lobby will focus on county governments and corporate institutions in the Western Kenya region as just phase one of a major national initiative.

•Baraza said that WEDIA was also going to work with the relevant agencies to ensure that anything that belongs to the farmer  is reverted back to the rightful owners. 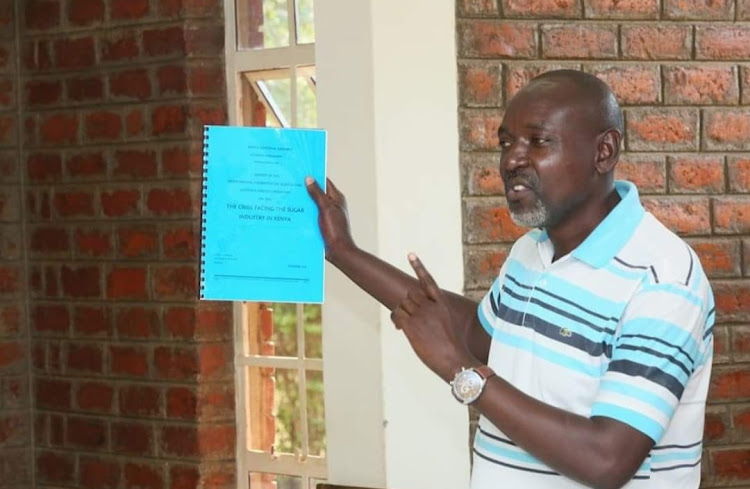 A sugar industry lobby group has vowed to intensify scrutiny of county, national and corporate institutions to prevent gross mismanagement and pilferage of funds.

The Western Development Initiative Association (WEDIA) says it will hold accountable institutions and leaders that fail to be forensically accountable for funds and resources under their management.

The lobby’s newly elected chairman Joseph Barasa said they will focus on county governments and corporate institutions in the Western Kenya region.

This is in phase one of the national initiative.

“What is theirs must remain theirs to the last coin, be it for development programmes, welfare, education, service provision, and investments in the private sector,” said Barasa.

Barasa was speaking during the WEDIA annual general meeting at a Nairobi hotel, where he was elected chairman of the organisation after serving for many years as its vice chairman.

The meeting also saw the election of Aggrey Noah Okunyanyi as secretary general, Moses Andati treasurer, Collins Kweyu of Standard Group as its organising secretary, among other office bearers.

He noted the continued misappropriation of funds unearthed by the Auditor General as a major concern.

This is on audits conducted in public institutions, government ministries and state corporations.

“The same story is repeated year after year. Many ordinary Kenyans have saved their lifetime earnings in hundreds of billions of shillings but lose it under highly questionable circumstances,” he said.

He also put on notice sugar millers who will be found exploiting farmers.

The lobby is also calling for the revival of the cotton industry in the region to help farmers diversify on cash crops.

WEDIA has established its reputation as a fighter of public interests especially small-scale farmers across the spectrum, led by those in the troubled sugar industry, the small to medium-scale business community, education among others.

Engage Jamii Initiative also offered legal knowledge and skills on how to deal with perpetrators.
Counties
1 month ago

There was rise in online GBV during August polls - lobby

Forces within government behind my EACC woes – Wa Iria

"This is witch hunt. They want to soil my name and the work I accomplished in the 10 years."
Counties
1 month ago
Post a comment
WATCH: The latest videos from the Star
by JACKTONE LAWI
Kenya
21 December 2022 - 17:00
Read The E-Paper