•The government has been trying to negotiate for $1 billion (Sh123 billion) from the  World Bank but what is expected is Sh92.3 billion for budgetary support. 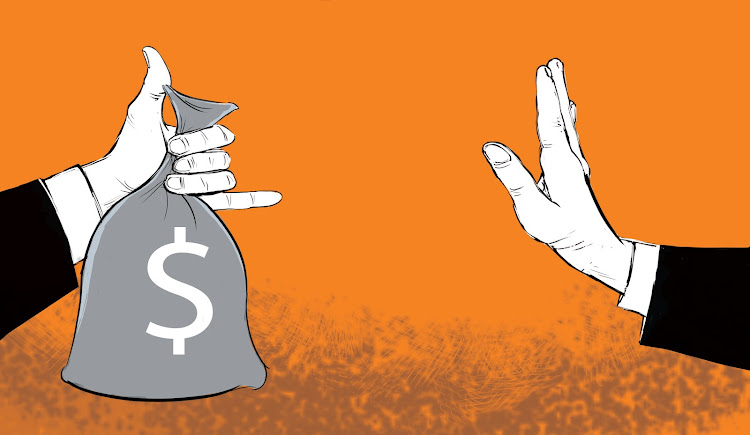 Repayment has put the biggest squeeze on poor nations since the year 2000, it says.

Currency depreciations has compounded matters for many developing countries, among them Kenya, whose debt is denominated in US dollar.

This year has also had one of the most internationally synchronised monetary and fiscal policy tightening the world has seen in 50 years, with the risk of a global recession next year looming.

Kenya is among countries that are heavily indebted with the debt stock at 67.3 per cent of GDP.

As of September this year, the country owed its creditors Sh8.7 trillion, which comprised of Sh4.37 trillion domestic and Sh4.33 trillion in external debt.

This is expected to reach at least Sh9 trillion in the short-term owing to new borrowings to support government expenditure.

Last month, the IMF approved the disbursement of $433 million (Sh54.5 billion) which is expected to hit the exchequers account anytime this month.

The new government has also been negotiating for $1 billion (Sh123 billion) from the World Bank.

However, this has been brought down to $750 million(Sh92.3 billion)  according to National Treasury and Economic planning CS Njuguna Ndungú.

It is expected to remain active in the debt securities to raise more funds to bridge the country's budget deficit.

World Bank notes that at the end of 2021, low- and middle-income economies owed 61 per cent of their public and publicly guaranteed debt to private creditors—an increase of 15 percentage points from 2010.

The country spent 63.5 per cent of tax revenues in the first two months of the current financial year (July-August) to repay loans as debt servicing costs reached about Sh177.95 billion, Treasury data shows.

In the financial year 2021-22, a total of Sh1.3 trillion was paid towards the domestic debt maturities (9.8 per cent of GDP), Treasury data shows.

Out of total domestic maturities, the Treasury Bonds redemptions comprised Sh 155.3 billion while Sh1.1 billion was attributed to the pre-1997 debt.

The Treasury bills rollovers which amounted to Sh1.1 trillion constituted the largest amount of domestic debt maturities, followed by Treasury bonds and the pre-1997 debt respectively.

Speaking during the launch of the 2023-24 and Medium-Term Budget preparation process, on November 10, CS Ndungú agreed to the fact that  debt sustainability indicators had deteriorated, but the outlook in the medium-term showed positive outturn.

"Going forward, with limits to raising taxes and expenditure cuts, the country will need to access concessional financing and promote the development of debt markets,”CS Ndungú said.

Kenya’s credit rating remained strong at B with a stable outlook as at end June 2022.

Most of the external debt portfolio comprise loans on concessional terms while domestic debt has gradually shifted to medium to long term.

About 60 per cent of the poorest countries are already at high risk of debt distress or already in distress, according to the World Bank’s new International Debt Report.

The report highlights rising debt-related risks for all developing economies—low- as well as middle-income economies.

Without this, many countries and their governments face a fiscal crisis and political instability, with millions of people falling into poverty, Malpass added.

“Poor debt transparency is the reason so many countries sleepwalk into a debt crisis,” said Indermit Gill, Senior Vice President and Chief Economist of the World Bank Group.

Tax holidays and incentives specific to Export Processing Zones are considered the most harmful.
Business
2 months ago

This is down from last year’s projection of 7.5 per cent.
Business
3 months ago

The International Monetary Fund (IMF) maintains Kenya is among countries with a high risk of debt default, even as the National Treasury puts up a ...
Business
3 months ago
Post a comment
WATCH: The latest videos from the Star
by MARTIN MWITA Business Writer
Kenya
16 December 2022 - 04:00
Read The E-Paper