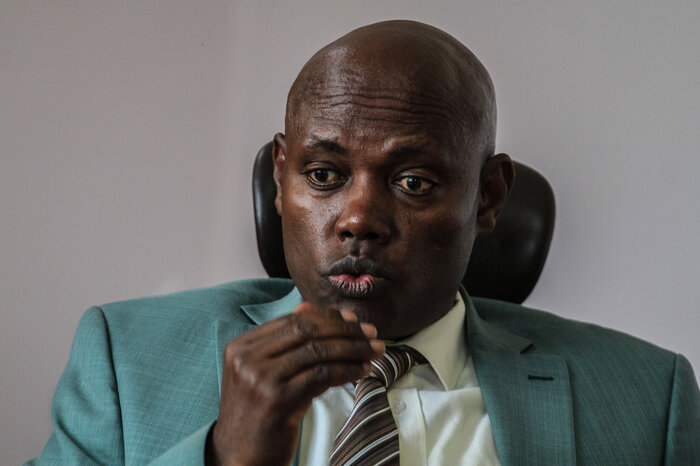 The improving financial position as a result of ongoing reforms could see Kenya Power clear at least a third of its debt every year.

In an exclusive interview with the Star, the firm's acting managing director Geoffrey Muli said it cleared at least Sh40 billion last year after doubling profits to Sh3.5 billion.

"Debt was and is not the biggest problem Kenya Power has. That can be managed. We have prioritised increasing sales, reducing system losses and limiting power outages,'' Muli said.

Muli who took over from Rosemary Oduor in mid-May is confident that the firm is getting back on track after years of high losses and power theft.

Prior to his appointment, he was the acting general manager in charge of Regional Coordination in the Company.

The utility firm is yet to appoint a substantive managing director since the resignation of Bernard Ngugi in unclear circumstances.

He said the power retailer has managed to cut outages from 30,000 to 6,000 per month while restoration time has been cut by almost half to 2 hours and 30 min from four hours.

He revealed that improved operational efficiencies has seen the listed power distributor cut system losses by about Sh2.2 billion.

"Generally, we have managed to increase sells by 6.7 per cent, translating to Sh12 billion,'' Muli said.

Muli said the firm is riding on technology to cut system losses.

Kenya Power suffered Sh15.99 billion worth of system losses beyond what it is allowed to recover from consumers in the year ended June 2020.

The firm’s system losses rose 23.46 per cent in the period, well beyond the 14.9 per cent that the regulator had allowed it to pass on to customers' bills in 12 months.

Last year, it cut such losses by 1.5 per cent due to the installation of smart meters and additional substations.

Smart metering gives it the ability to remotely switch off defaulting customers through automated surveillance technology.

SMEs and industrial consumers contribute the biggest chunk of the utility’s revenue.

The firm will install 75,000 smart meters for Small and Medium Enterprises (SMEs) in the current fiscal year after a Sh2 billion tender was cleared last month.

The move will bring the cumulative installed smart meters for SMEs to 142,000.

The ongoing drought has severely dented the firm's financial position.

In the last financial year, the company's fuel cost charge more than doubled to Sh26.5 billion compared to Sh11.2 billion in 2020.

"We are normally forced to switch on the thermos to ensure continued circulation of power across the country. It is a costly affair but we are finding alternatives," Muli said.

The firm is banking on Ethiopian power, and ongoing geothermal and wind power stations to bridge the gap

Despite the challenges, Muli is optimistic of the firm's resilience and that it is is poised for an even better  better 2023.

The company is currently courting companies to work with.
Business
10 months ago

Expected to implement phase II of the 15% tariff cut before June.
Business
10 months ago