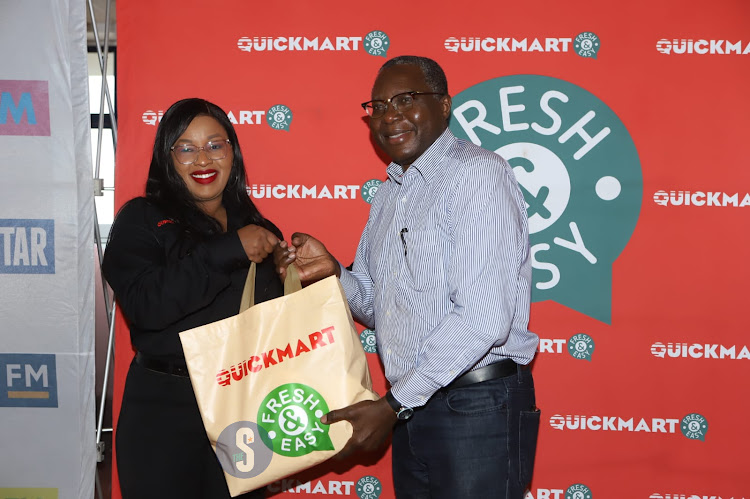 QuickMart Supermarket is in the race to expand its footprint in the country, targeting more counties in its aggressive expansion drive.

In an exclusive interview with the Star yesterday, QuickMart Supermarket marketing director Betty Wamaitha said the retailer is planning to get closer to consumers across the country but declined to give more details.

"We now have 55 branches in 15 counties across the country. We plan to get even closer to our customers with exceptional services in the coming year," Wamaitha said.

So far, the retail firm has 13 branches that are working 24 hours and expects to increase them to 20 by next year

The retail store has unveiled 'Krisi Bila Worries' campaign that will see its customers enjoy discounts on common foodstuffs like maize flour, and cooking oil among others.

According to Wamaitha, the firm is a life to the rising cost of living in the country which has seen inflation hit a seven-year high of 9.5 per cent as of November 30 and the discounts are a relief to customers.

QuickMart is now the second leading store in terms of market share in Kenya after Naivas which has 90 stores, with plans to open a new store along Ojijo Road in Nairobi later today.

Tuskys Supermarket, which was at some point Kenya’s top retailer with 53 stores, has less than 10 outlets operating amid stock-outs.

The retailer is seeking to sell a majority stake to a consortium made up of a private equity firm and an undisclosed foreign retailer as part of efforts to raise cash to pay suppliers and win back their confidence.

QuickMart and Naivas are competing to fill the void left by Nakumatt Supermarket which collapsed at the tail end of the last decade.

Already the two firms have occupied 60 per cent of stores previously occupied by Naivas, Choppies and Uchumi Supermarket.

They are however facing stiff competition from multinational retailers such as Carrefour.

In 2019 Adenia Partners, a PF firm investing in sub-Saharan Africa, and headquartered in Mauritius completed a majority investment in Quickmart Ltd.

The transaction paved the way for the merger of Quick Mart with Tumaini Self Service Ltd, another supermarket retailer in Kenya that Adenia acquired in December 2018.

Post a comment
WATCH: The latest videos from the Star
by VICTOR AMADALA Business Writer
Kenya
09 December 2022 - 05:21
Read The E-Paper