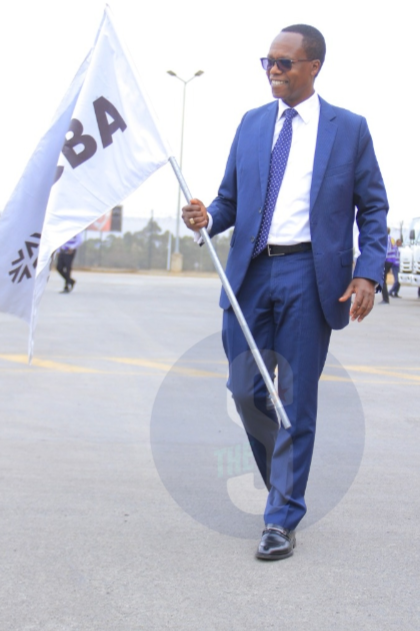 NBCA bank has projected governments to ease their tough monetary stance by June of next year, a move likely to ease the cost of credit.

Speaking while releasing financial results for the first nine months of the year, NCBA Bank managing director John Gachora supported the ongoing monetary reforms to ease the high cost of living, saying this is just a temporary measure.

"Hikes in Central Bank Rates is temporary. Such measures have started yielding fruits in countries like the US where inflation has slightly eased. We project complete recovery by June next year,'' Gachora said.

His sentiment came just a day after the Central Bank of Kenya (CBK) raised its policy rate by 0.50 per cent to 8.75, the third rate hike since May.

In May, the MPC raised the key lending rate by 50 basis points to 7.50 after retaining it since April 2020 to cushion borrowers from the effects of the Covid-19 pandemic.

In September, the regulator further raised the rate to 8.25 per cent after the country's inflation went beyond the set ceiling of 7.5 per cent.

Apex banks globally use the interest rates as either an accelerator or  brake on the economy when needed.

Gachora assured borrowers that the CBR hike was not just unique to Kenya, adding that almost every country has taken the measure to contain rising inflation that emerged from the Covid-19 pandemic and global supply chain disruption as a result of the Ukraine- Russia crisis.

He for instance cited the US, which early this month approved a fourth consecutive three-quarter point interest rate increase and signaled a potential change in how it will approach monetary policy to bring down inflation.

The country's apex bank raised its short-term borrowing rate by 0.75 percentage point to a target range of 3.75 per cent-4 per cent, the highest level since January 2008.

The move continued the most aggressive pace of monetary policy tightening since the early 1980s, the last time inflation ran this high. The country's inflation is at a nearly 40-year high.

The fourth largest bank in Kenya in terms of asset value attributed the growth to an increase in operating income by Sh9.5 billion, driven by higher customer activity and a decline in loan impairment charges by Sh0.9 billion.

Gachora said they are delighted to announce the positive operating results for the nine months, saying the results demonstrate the strength of the diversified business model and the progress of the bank's strategic journey.

The bank closed the period with a rise in asset base to Sh595 billion, six per cent up year on year.

The group disbursed Sh521 billion in digital loans, a 23 per cent increase year on year in line with its digitisation agenda and its commitment to supporting small businesses and individual customers.

Operating income of Sh45.8 billion, up 26 per cent year on year while operating profit before loan loss provisions rose 31 per cent to Sh27.2 billion.

Gross profits for the period grew 65 per cent to Sh18.2 billion
Business
1 week ago

Loan disbursements via the M-shwari facility declined by six per cent to Sh42 billion.
Business
3 months ago

The forecast is lower than that of National Treasury and World Bank
Business
5 months ago
Post a comment
WATCH: The latest videos from the Star
by VICTOR AMADALA Business Writer
Kenya
25 November 2022 - 04:00
Read The E-Paper