•Co-op Banks's SME aligned lender, Kingdom Bank leads the way with a 47 per cent jump in gross earnings in the period under review. 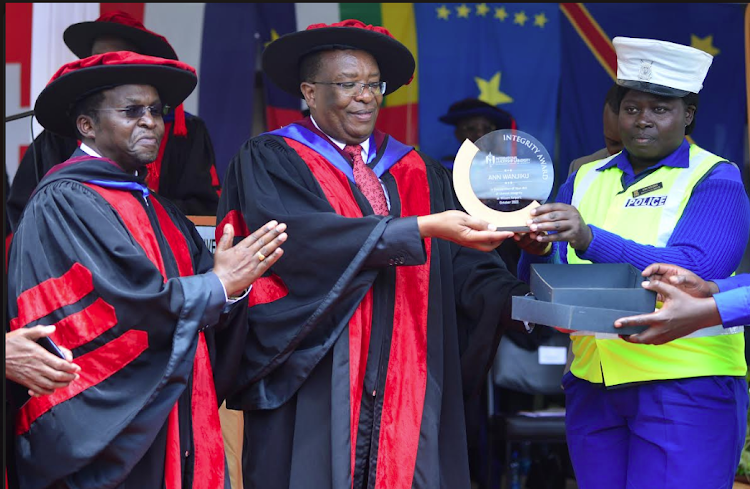 Shareholders of smaller banks in Kenya are a happy lot after the financial institutions reported higher yields in the first nine months of the year.

Tier two and three lenders have been struggling to shake off the Covid-19 pandemic impact, with investors forced to walk away empty hands in the past two quarters.

Even so, this trend is likely to be reversed, if profits reported by those banks in the first nine months of the year are anything to go by.

Co-op Banks's SME aligned lender, Kingdom Bank leads the way with a 47 per cent jump in gross earnings in the period under review.

Investors in the bank will earn Sh1 per ordinary share after the lender minimised operational costs, mostly associated with brand transition from Jamii Bora Bank.

The larger Co-op Bank Group's net earnings for the nine months to September 2022 grew 47 per cent to Sh17.1 billion, on effective cost management.

The performance delivered a competitive Return on Equity of 23 per cent to shareholders.

The lender's gross earnings for the period under review rose to Sh22.7 billion, a commendable 38 per cent growth compared to Sh16.5 billion recorded in the third quarter of 2021.

"The strong performance by the bank is in line with the Group’s strategic focus on sustainable growth, resilience, and agility," Co-op Bank Group MD Gedion Muriuki said.

Besides,the good results saw the Group dedicated a substantial amount of the profits to President William Ruto's fight against drought.

The lender has contributed Sh150 million to the President's drought kitty, joining the likes of Safaricom, KCB, Naivas and Radio Africa Group.

Prime Bank investors will also be smiling to the bank after the lender posted Sh2.66 billion in profits after tax for the nine months ending September 2022, representing a 20 per cent increase from  Sh2.22 billion in similar period last year.

The profit growth was mainly driven by growth in customer deposits, net interest income and non–funded income, as well as improved operational efficiencies.

While commenting on the results, the bank’s managing director Bharat Jani said customer deposits rose by eight per cent to Sh104.99 billion from Sh97. 17 billion recorded during the same period last year.

“Our net interest income grew by 10 per cent to Sh8.48 billion from Sh7.70 billion posted the same period from the previous year," Jani said.

According to him, investment in government securities was the biggest earner with an increase of 11 per cent from Sh4.78 billion to Sh5.3 billion.

Other smaller banks that have reported impressive results for the first nine months of the year include the Victoria Bank,  National Bank of Kenya and Bank of Baroda.

The good results by small banks seems to disapprove a recent report by Fitch Ratings, that predicted heavy profits for top banks but grimmer version of self.

According to the report, large banks' strong profitability will remain a credit strength in 2022 despite adverse conditions and rising loan impairment charges.

The global rating firm's latest Kenya banking sector outlook shows Return on Asset (RoA) for top banks in Kenya will rise from 3.5 per cent to five per cent, while Return on Equity (RoE) will improve by 80 basis points from23.8 per cent.

It however, predicted doom for smaller banks, calling for consolidations.

"While profits for bigger banks are expected to continue, yields for smaller that are struggling to rise from Covid-19 shell are expected to remain relatively low," Fitch Ratings said.

The lender's gross earnings for the period under review rose to Sh22.7 billion
Business
2 weeks ago

This is attributed to  sustained growth from both net interest and nonfunded income lines.
Business
2 weeks ago
Post a comment
WATCH: The latest videos from the Star
by MARTIN MWITA Business Writer
Kenya
21 November 2022 - 04:00
Read The E-Paper