•Rents dropped slightly by 0.2 per cent over the quarter reflecting the challenging economic environment.

•Over the period, the sector recorded an increase in the cost of building materials, including steel, paint, and cement, further piling pressure on home prices. 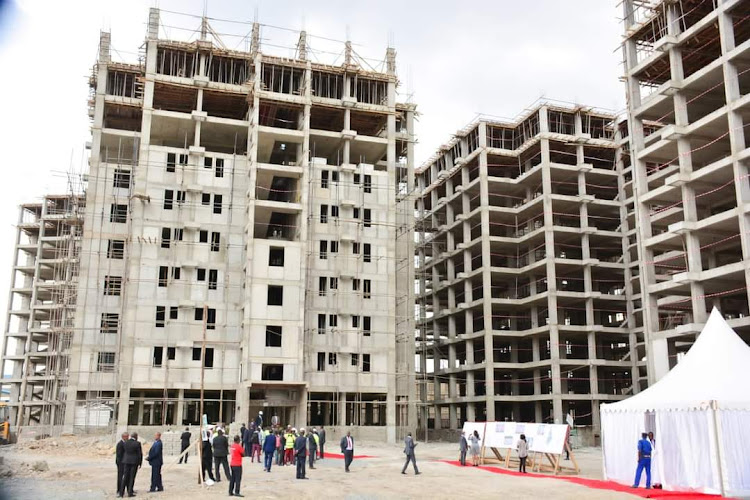 Yields from rental properties slightly dropped in the last three months as potential tenants grapple with tough economic times that has eaten into disposable incomes.

Income from domestic rent dropped slightly by 0.2 per cent, an industry report indicates, despite the general property prices recording moderate growth over the third quarter of the year.

The slow growth is attributed to the apartment sales market which stagnated, with prices slightly falling by -0.3 per cent over the quarter.

Rents dropped slightly by 0.2 per cent over the quarter reflecting the challenging economic environment.

Over the period, the sector recorded an increase in the cost of building materials, including steel, paint, and cement, further piling pressure on home prices putting them beyond the reach of many Kenyans.

HassConsult head of development consulting and research Sakina Hassanali said the trend is not replicated among all the housing sectors.

“We are in a price sensitive market and owners are taking the hit to sustain sales. Despite this, projects that have excessive demand are increasing prices in line with inflation. These projects include townhouses and villas in higher end areas,” Hassanali said.

According to the index, the sector's performance shows that house price movements were strongest for the detached housing segment, which is made up of townhouses and villas, in upper suburbs since there is still demand for units with ample spacing.

In the suburbs, houses in Loresho performed best posting a 3.6 per cent increase over the quarter while in the towns, Juja houses saw prices increase by 5.1 per cent over the same period.

On the contrary, apartment prices remained relatively unchanged with a -0.3 percent fall, signalling that sellers in the apartment market are showing more flexibility in asking prices.

Apartments prices in Riverside dropped by 4 per cent over the quarter while apartments in Thika dropped by 3 per cent.

Rent improved in satellite towns led by houses in Ruiru which recorded a 6.4 per cent increase in asking rents while in Donholm, houses commanded the strongest asking rents at 2.6 per cent.

Ruiru saw the highest rent increases at 6.4 per cent.

Says the factors could adversely affect provision of affordable housing.
Business
4 months ago

Tigoni emerged as the best performer gaining 6.65 per cent over the quarter with an acre of land retailing at Sh29.5 million
Business
3 months ago
Post a comment
WATCH: The latest videos from the Star
by JACKTONE LAWI
Kenya
09 November 2022 - 17:00
Read The E-Paper