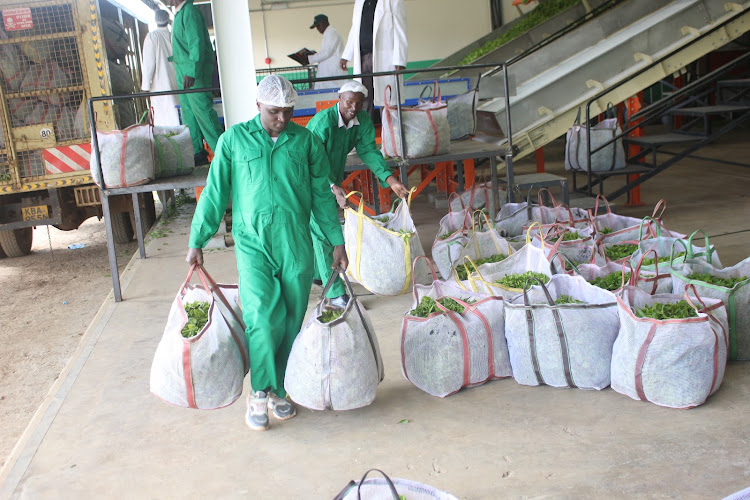 Tea prices at the Mombasa auction have risen to an eight-month high with the strong dollar promising farmers continued higher earnings this year, compared to last year.

The highest price however remains the $2.62 (Sh318.72) recorded in February, which was a four-year high.

$2.16 (Sh262.76) is the lowest price so far this year which is way above last year’s average price of $1.61 (Sh141.11), meaning farmers are set for higher earnings this year as demand of the commodity in the export markets remain stable.

Tea farmers join major cash crop exporters in gaining from the weak shilling as the commodity is traded in in US dollar.

The local currency was on Tuesday exchanging at a mean of 121.60 to a ubit of the dollar, Central Bank of Kenya data shows, compared to 113.50 same period last year when full year average was at 109.70.

An increase in the Fed rate last week is expected to continue piling pressure on weak global currencies with the Kenyan shilling not spared.

The Federal Reserve said it was raising its key interest rate by 0.75 percentage points, lifting it to its highest rate since early 2008.

The Kenyan market also continues to witness a high dollar demand from energy and manufacturing businesses that is outpacing supply.

The central bank continued to support the currency using its dollar reserves, preventing a larger slide.

FX reserves fell to just under $7.3 billion (Sh888 billion) from slightly above a week earlier.

We expect the Shilling to weaken further in the week ahead as the US Federal Reserve’s 75 basis point hike strengthens the dollar,” notes Terry Karanja, Senior Treasury Associate at currency trading solutions provider–AZA Finance.

A kilo of KTDA teas fetched Sh321.
Business
1 month ago
Post a comment
WATCH: The latest videos from the Star
by MARTIN MWITA Business Writer
Kenya
08 November 2022 - 12:45
Read The E-Paper