Other affected are Toyota Succeed, Sienta, Passo and Porte models.

•All Suzuki models with values of below Sh1 million will also not be issued with comprehensive covers. 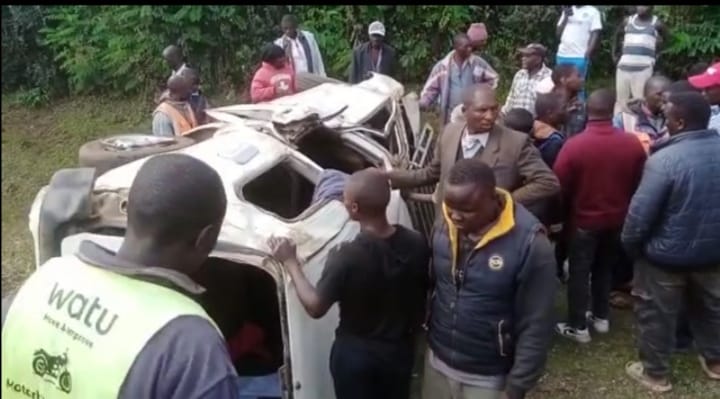 GA Insurance has withdrawn comprehensive cover for five Toyota models in the Kenyan market and Suzuki cars, in a move likely to hit taxi owners and matatu operators.

All Suzuki models with values of below Sh1 million will also not be issued with comprehensive covers, the company has said in a notice to its business partners, seen by the Star yesterday.

"After a comprehensive review of our motor private book and the loss trends, we wish to communicate that there are vehicles whose usage has been misemployed,"business development manager (Bancassurance), Kenneth Kagira notes.

This has made it a challenge when settling claims, he adds.

Totoya Probox has widely been commercialised with a high utility in the PSV and cargo movement, an example being the high-risk speed stars in the miraa business.

Underwriters in the motor segment are among biggest claim players.

In the quarter ended June, Directline Assurance had the highest number of outstanding claims at 21,295 followed by incv (20,034), Geminia Insurance (10,614) while GA insurance had 8,129 outstanding.

This was an increase of 14.5 per cent from Sh32.38 billion reported in the second quarter of the previous year.

Medical, motor private and motor commercial had the highest amounts of paid claims at 44.4 per cent, 25.2 per cent and 20.7 per cent, respectively, of total industry paid claims under general insurance business,”IRA says in its report.

The move by GA Insurance is a “risk management business decision”, an expert at IRA noted, similar to a decision by AIG Kenya Insurance which had in 2015 stopped covering BMW and Subaru cars valued below Sh1.5 million.

This was a measure to control its then increasing loss ratios on auto”, the firm had said.

In 2019, Occidental Insurance Company dropped 25 car models citing  their "rare and obsolete" car parts, which were expensive or unavailable.

During the time, it withdrew underwriting services for some models of  Suzuki, Mazda, Hyundai, Toyota and Renault.

Occidental Insurance Company has blacklisted 25 car models because of their rare and obsolete car parts which has proven to be expensive or ...
News
3 years ago
Post a comment
WATCH: The latest videos from the Star
by MARTIN MWITA Business Writer
Kenya
03 November 2022 - 17:00
Read The E-Paper