The facility has been under renovation to boost capacity.

•The airport, which is the easiest link connecting Nairobi to the Kenyan South Coast, is served by JamboJet, AirKenya, Safari Link, and Fly 540 among other private charters. 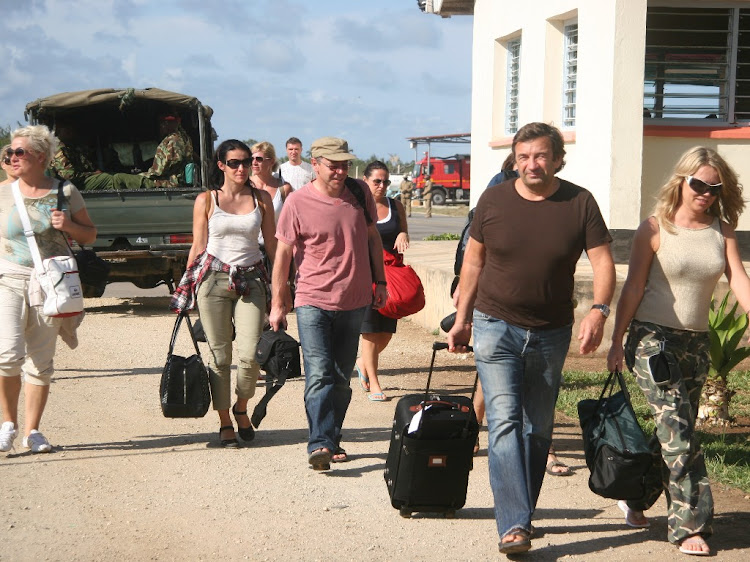 Rehabilitation work at the Diani Airport runway is complete, giving a boost to the region's tourism.

Visitors to the South coast can now fly directly to the airport without having to terminate their flights at the Moi International Airport, Mombasa then travelling by road and ferry to the prime tourism destination.

Kenya Airports Authority (KAA) has completed rehabilitation of the airport Airport, formerly Ukunda Airstrip, boosting its capacity ahead of the December festivities.

Works on the runway, which commenced on October 12, was meant to be completed in 14 days, but was extended to November 2.

Flights have been ending at the Moi International Airport (Mombasa) with bus transfers used for the last mile.

While rehabilitation of the rest of the facility is on going, airlines can now resume direct flights to Diani, a move that has been welcomed by tourism stakeholders.

“We have always lobbied for the runway extension which is finally happening. Once done it will be 1.4KM means 82 seater aircraft will land without any problems,” veteran hotelier and Diani Hospitality Owners Association chairman, Mohammed Hersi, tweeted.

The airport, which is the easiest link connecting Nairobi to the Kenyan South Coast, is served by JamboJet, AirKenya, Safari Link, and Fly 540 among other private charters.

The expansion comes amid growing numbers to Diani, a leading beach holiday destination with global recognition.

Annual arrivals through the airport facility have increased from about 55,207 passengers in 2014 to over 175, 000, including international tourists connecting through the JIA.

It is one of the fastest growing in terms of domestic flights after Wilson.

“The rehabilitation is timely as we head into the festivities. We expect more flights coming to Diani,” KCTA chief executive officer Julius Owino said.

The government’s plans have been to expand the runway to 1.8 kilometres, allowing large aircrafts to comfortably land at full capacity.

Plans are also in place to put up a new modern terminal at the airport, with the upgrade further allowing night flights.

Expansion of the facility which begun in 2011 has been slow with land compensation among key issues.

Meanwhile, hoteliers are hopeful the Dongo Kundu Bypass will further open up the South Coast region.

It is expected to be complete by mid next year, allowing motorists to drive to the South Coast without necessarily using the Likoni Ferry channel.

Hersi said:"Diani takes it rightful place as a leading world-class beach destination. If you were still undecided about Diani you need not worry anymore."

Long school holiday boost to the sector.
Business
1 month ago
Post a comment
WATCH: The latest videos from the Star
by MARTIN MWITA Business Writer
Kenya
02 November 2022 - 12:54
Read The E-Paper