•Brent crude features averaged below the 100 mark, at $93 per barrel in a better part of October, with Kenya’s prices being pegged on last month’s imports.

•CBK governor Patrick Njoroge had in September, during the Members of Parliament induction, projected that fuel prices will drop by December. 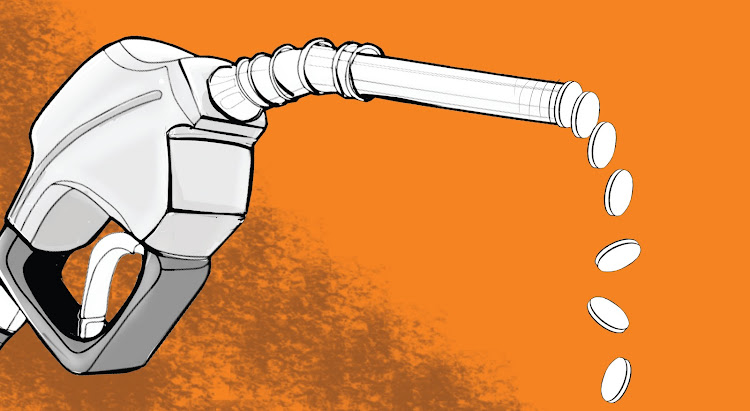 Fuel prices could ease further in November pegged on lower October crude oil prices that have spilled into the new month amid increased output by major producers.

Reduced economic activities in China in the wake of a new wave of the Covid-19 virus is also playing out with demand and supply factors impacting on prices.

Brent crude features averaged below the 100 mark, at $93 per barrel in a better part of October, with Kenya’s prices being pegged on last month’s imports.

This signals a further drop, albeit marginal based on the weak shilling to the US dollar, after last months reduction of a shilling on Super petrol and kerosene pump prices, while diesel went down by Sh2 per litre.

According to the Energy and Petroleum Regulatory Authority (EPRA) data, crude oil prices for September was at $105.96 per barrel.

The shilling was averaging at 123.88 to the dollar as per EPRA.

Central Bank of Kenya (CBK) quoted the shilling at an average exchange rate of 121.37 yesterday.

A price drop will however be determined by the government’s decision on the fuel subsidy kitty, which was last month partially utilised to cushion consumers.

A litre of petrol has been retailing at Sh178.30, diesel at Sh163 while kerosene has been going for Sh146.94 a litre in Nairobi since October 15, prices expected to continue until mid November.

"A subsidy of Sh18.15 per litre and Sh27.47 per litre has been maintained for diesel and kerosene respectively in order to cushion consumers from the otherwise high prices," director general Daniel Kiptoo had said last month.

President William Ruto has been keen on scrapping subsidies, which he says are not sustainable.

His plans falls in place with the World Bank, which has since urged countries to avoid short-term subsidies and policy measures as a way to cushion families from high cost of living occasioned by the rising inflation.

“These types of policies implemented, were tested and thereafter, everywhere and always, they failed to sustain the situation in long term as they are driven by political forces,” World Bank's Prospects Group's director Ayhan Kose said.

If the government maintains the programme, it will be a relief for consumers and households in Kenya who continue to battle a rising cost of living where inflation hit 9.6 per cent in October, from 9.2 per cent in September, which is a seven-year high.

The Kenya National Bureau of Statistics (KNBS) has attributed the high cost of living to a sharp increase in the cost of food and non-alcoholic beverages.

The last time the country witnessed this kind of inflation was in September 2017.

The country's inflation has been on the rise since February when it posted 5.08 per cent.

Fuel is a major component in measuring inflation as it cuts across all key sectors of the economy, among them transport, large-scale farming, manufacturing and cooking and lighting in homes.

It is also a component in electricity billing where power bills have increased for the second month in a row as EPRA adjusted upwards fuel and forex parts of the bill.

Fuel coat charge was increased to Sh7.09 per unit from 6.79 the previous month while foreign exchange fluctuation adjustment went up to Sh1.48 per unit, from Sh1.37 per unit in September.

CBK governor Patrick Njoroge had in September, during the Members of Parliament induction, projected that fuel prices will drop by December even if the subsidy was not in place.

Post a comment
WATCH: The latest videos from the Star
by MARTIN MWITA Business Writer
Kenya
02 November 2022 - 07:50
Read The E-Paper