•One of President William Ruto’s promises was to bring down the cost of living once he comes to power, which Kenyans are keenly looking up to. 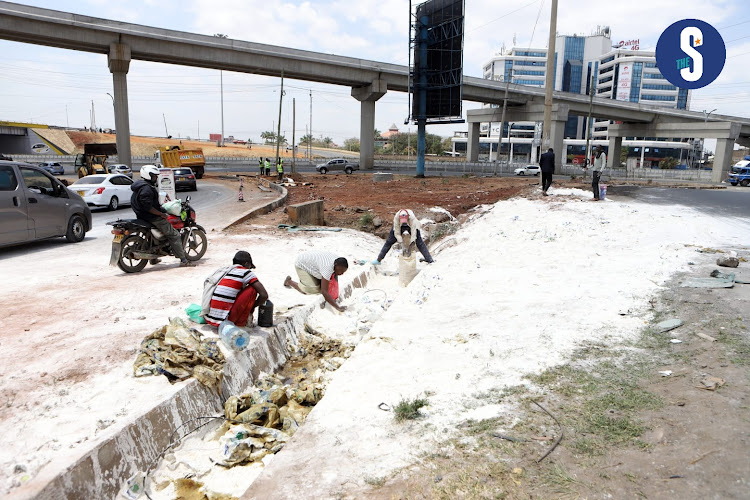 Prices of staple foods in sub-Saharan Africa surged by an average 23.9 per cent in 2020-2022, the highest since the 2008 global financial crisis, a new IMF report shows.

According to the fund, this is commensurate to an 8.5 per cent rise in the cost of a typical food consumption basket (beyond generalised price increases).

This has been blamed on global factors mainly the Russia-Ukraine war which has disrupted the world’s supply chain, as the two countries are key producers of some staple foods.

Because the region, including Kenya imports most of its top staple foods—wheat, palm oil, and rice—the pass-through from global to local food prices is significant, nearly one-to-one in some countries.

Prices of locally sourced staples have also spiked in some countries on the back of domestic supply disruptions, local currency depreciations, and higher fertiliser and input costs.

Kenya’s inflation on the other hand hit a five-year high in August, mainly driven by soaring food and fuel prices, Kenya National Bureau of Statistics (KNBS) data shows, with the August elections also playing a factor.

Inflation, a measure of the cost of living over the last 12 months rose by 20 basis points to 8.5 per cent up from 8.3 per cent in July.

It was the third month in a row that the country’s year-on-year inflation crossed the upper limit target of 7.5 percent.

According to outgoing the National Treasury CS Ukur Yatani, the country witnessed one of the most difficult seasons triggered by “Myriad global challenges, Covid-19 pandemic, rising fuel and food prices, as well as soaring global inflation.”

A two-kilo packet of maize flour, the country's staple food hit a high of Sh220 despite the government subsidy.

This was derived from price data from 15 countries on the five most consumed staple foods in the region (cassava, maize, palm oil, rice, and wheat).

It estimates estimate that a one percent increase in the consumption share of a staple food raises the local price by an average 0.7 percent; with the effect even bigger when a staple is mostly imported, raising the price by about 1.2 percent.

When a country’s net import dependence increases by one percent, the local real cost of a highly imported staple is expected to increase by an additional 0.2 percent, IMF estimates.

The relative strength of a country’s currency is another driver as it affects the costs of imported food items.

For instance, the Kenyan shilling which has been on a losing streak to the US dollar, exchanging at 120.67 yesterday, has made the country’s imports more costlier.

These results suggest a mix of fiscal, monetary, and structural reforms could help lower food inflation.

Policymakers could also help make agricultural inputs such as seeds and fertilisers cheaper, by introducing structural and regulatory reforms that promote fair competition.

This is on high production costs.
Business
1 month ago
Post a comment
WATCH: The latest videos from the Star
by MARTIN MWITA Business Writer
Kenya
29 September 2022 - 04:00
Read The E-Paper