•The company is planning to build units for acquisition by members, chairman Macloud Malonza said.

•Currently, it is working with Chinese company -Van Harvest Enterprises Limited on a housing project at Kahawa Sukari in Nairobi. 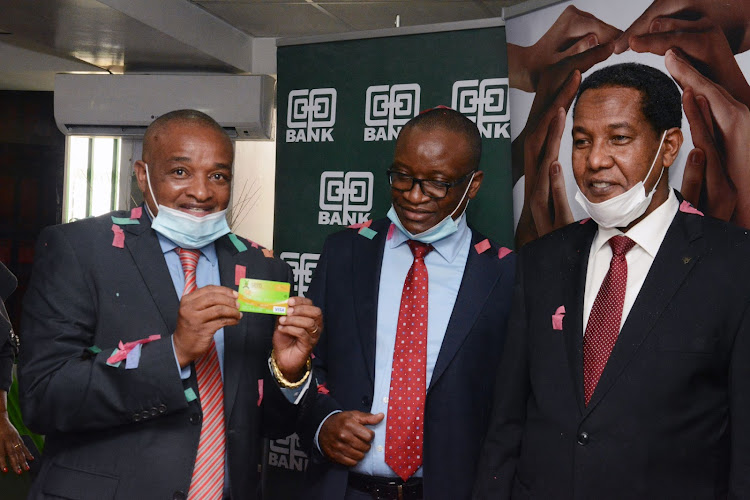 Harambee Investments Co-operative Society(HICS) is targeting housing projects in four counties in its latest push to offer members investment opportunities in the country.

The Special Purpose Vehicle, which is a subsidiary of the larger Harambee Sacco, is currently in negotiations with landowners in Nairobi, Nakuru, Kisumu, Nanyuki (Laikipia County) and Mombasa.

The company is planning to build units for acquisition by members, chairman Macloud Malonza said.

“We are in talks with them (land owrners) to see how we can build a symbiotic business partnership,” he said.

Currently, it is working with Chinese company -Van Harvest Enterprises Limited on a housing project at Kahawa Sukari in Nairobi.

They are currently selling about 40 apartments next to Jakaranda Estate.

It has also subsided a 145acres farm in Eldoret plateau with the a projection the project will be sold out before the end of the year.

The project has given the entity 977 plots going for about half a million per plot.

“We are also exploring other partnerships with both local and international construction firms on ways that we can tap into the housing business for the benefit of our membership,” Malonza said.

The investment unit has 650 members with a projection of hitting the 1,000 mark before the end of the year.

Harambee Investment is worth over Sh600m with membership solely drawn from Harambee Sacco.

In addition to land buying, the special purpose vehicle is working with the Sacco to utilize the mortgage facility that the sacco has.

In 2020, Harambee Sacco became the first lender to offer mortgages at an annual subsidised interest of seven percent under a plan supported by a State-backed home loans refinancing plan.

This was with the Kenya Mortgage Refinance Company (KMRC) which approved the sacco’s two mortgage products, Harambee Home loan.

Harambee Jenga loan on the other hand facilitates borrowers to build a house on their own parcels of land.

The two loans are pegged at eight percent interest rate for the 10-year mortgages and at nine percent for over 10 years and upto 25 year mortgages.

In a span of less than two year HICS is now in its third and fourth land buying and selling scheme having started in 2019 to sell the Harambee Oldonyo View phase 1, moving on to Harambee Flamingo View Estate in Nakuru and a dual Harambee Shrine View Estate featuring 141 plots.

Conservative projection are such that HICS is likely to hit a targeted asset base of Sh1 billion by the year 2025.

The Deposit Guarantee Fund expected to be up and running before August, PS says.
Business
9 months ago
Post a comment
WATCH: The latest videos from the Star
by MARTIN MWITA Business Writer
Kenya
26 September 2022 - 04:00
Read The E-Paper