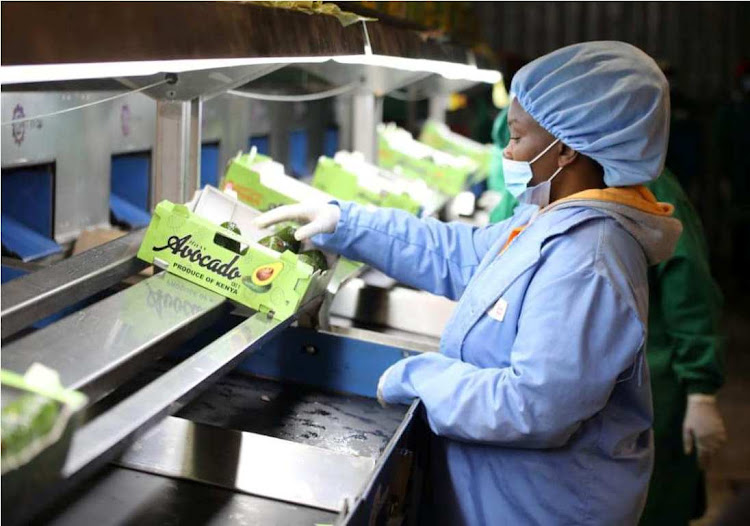 The strengthening dollar boosted Kenya's export earnings for the first seven months of the year, slightly cutting the country's current account deficit to 5.1 per cent.

The local currency has shed almost six per cent in value against the greenback which has been strengthening for 15 months now.

Yesterday, the shilling traded 120.30 units against the greenback, having gained 30 cents compared to the previous day.

According to provisional data from the Central Bank of Kenya (CBK)  on the balance of payments, the current account deficit narrowed slightly from 5.2 per cent in July of 2021.

The current account records the country’s transactions with the rest of the world in terms of net trade in goods and services and cross-border investments & net transfer payments.

Kenya’s current account has been under pressure from the steep rise in global commodity prices off the back of the Russia-Ukraine conflict in February.

The high global commodity prices have been mirrored by a sharp rise in import costs into the country which has partly offset gains from export growth.

Growth in exports has been cushioned by a weaker currency which has made the cost of local goods and services cheaper in the international marketplace alongside a recovery in supply chains following the onset of the Covid-19 crisis.

Data from the Kenya National Bureau of Statistics (KNBS) show the value of Kenyan exports in the six months to June rose 18.7 per cent to Sh434.1 billion from Sh365.7 billion in a similar 2021 period.

The CBK nevertheless estimated a wider current account deficit at the end of the 2022 calendar year at an equivalent 5.9 per cent of Gross Domestic Product (GDP).

Kenya’s current account deficit closed in 2021 at an equivalent 5.5 per cent of GDP.

The country traditionally has a deficit in its current account balance given its status as a net importer of goods and services from the rest of the world.

Even so, the country's import power is currently under threat due to the weakening forex reserve that is likely to breach the national threshold of at least four months of import cover.

According to the CBK's latest Weekly bulletin, the usable foreign exchange reserves remained adequate at 4.19 months of import cover as at September 8 compared to 4.20 months the previous week.

"This meets the CBK’s statutory requirement to endeavor to maintain at least 4 months of import cover," the regulator said in its latest weekly bulletin.

Even so, the country is in breach of East Africa's FX reserve policy where members are expected to have above 4.5 months of import cover at all times.

Last month, the International Monetary Fund (IMF) said it is alarmed by the level at which imports are outweighing exports globally, leading to a high cost of living.

In its latest External Sector Report, the global lender appealed to countries across the world to adopt policies that will lower the current account balance.

According to IMF, the overall size of deficits and surpluses across countries has been widening for a second straight year amid the Covid-19 effects, rise in inflation and the Russia-Ukraine war.

After years of narrowing, balances widened to three per cent of global Gross Domestic Product(GDP) in 2020, grew further to 3.5 per cent last year, and are expected to expand by end of this year.

During the week, the shilling declined to exchange at an all-time low of 120.05 against the dollar
Business
1 month ago

Kenya’s current account deficit as a percentage of GDP widened to 5.1 percent in April from 4.8 per cent a year earlier.
Business
1 month ago

Weakens to 114.45 with experts projecting a further fall.
Business
6 months ago
Post a comment
WATCH: The latest videos from the Star
by VICTOR AMADALA Business Writer
Kenya
14 September 2022 - 04:00
Read The E-Paper