•While countries are facing rising inflation and uneven recoveries from the Covid-19 pandemic, climate change has not slowed down.

•2022 is already set to rank among one of the 10 warmest years on record according to the global lender, with climate impacts threatening to push millions into poverty. 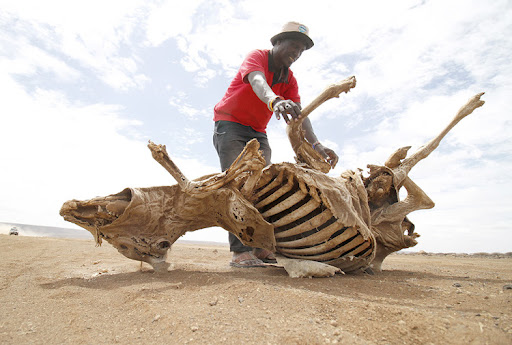 The World Bank Group has delivered a record $31.7 billion (Sh3.8 trillion) for climate-related investments, more than its target.

The amount which is 36 per cent of overall lending exceeds the climate co-benefits target set out in the Climate Change Action Plan, 2021-2025: an average of 35 per cent over the duration of the plan.

While countries are facing rising inflation and uneven recoveries from the Covid-19 pandemic, climate change has not slowed down.

2022 is already set to rank among one of the 10 warmest years on record according to the global lender, with climate impacts threatening to push millions into poverty.

In the Horn of Africa, World Bank is providing support to 1.6 million pastoralists and their dependents in Kenya, Djibouti, Ethiopia and Somalia to cushion them from the impacts of climate-induced drought.

An estimated $572 million  (Sh68.8 billion) in private capital is going towards helping pastoralists tap into drought insurance and savings, get access to digital accounts, and attract more private investment.

"This is the central approach of the Bank Group’s Climate Change Action Plan, 2021-25, which is already delivering results," it says.

Some of these include a significant boost for climate finance overall.

The 3.8 trillion lending comprises the total share of financing that is directly tied to climate action across all Bank Group projects, and is calculated based on the agreed joint Multilateral Development Bank (MDB) methodology.

It is a 19 per cent increase from the $26.6 billion (Sh3.2 trillion) record reached in the previous fiscal year.

In addition, adaptation finance for the World Bank (IDA/IBRD) also increased to a record high of $12.9 billion (Sh1.5 trillion), representing 49 per cent of its overall share of climate finance.

This figure reaches close to the Bank’s commitment to achieve parity between mitigation and adaptation financing.

The Bank announced a new core diagnostic report for all World Bank Group client countries: the Country Climate and Development Reports (CCDRs) analyze how a country’s development goals can be achieved while seeking to mitigate and adapt to the impacts of climate change.

So far, it has has published CCDRs for Turkey and and Vietnam , with a further 20 CCDRs to be finalised by the end of this year.

These resources were channeled through the new Financing Locally–Led Climate Action (FLLoCA) Program.

The financing, he had said, would support the government in meeting its climate commitments to increase financing for climate action, and particularly ensure climate financing and actions reach local communities.

World Bank in June this year said Kenya's growth is expected to slow due to the ongoing drought and Ukraine crisis.

This growth rate, while still strong, will be a moderation following a remarkable recovery in 2021 from the worst economic effects of the pandemic, when the country’s economy grew by 7.5 percent.

This was much higher than the estimated average growth in Sub-Saharan Africa of 4 per cent.

The campaign will be conducted through a series of training and sensitisation workshops.
Business
4 weeks ago