•Kenya Association of Manufacturers (KAM) has urged Treasury to suspend or remove levies charged by Agriculture and Food Authority.

•They were introduced through the Crops (Nuts and Oil Crops) Regulations, 2020. 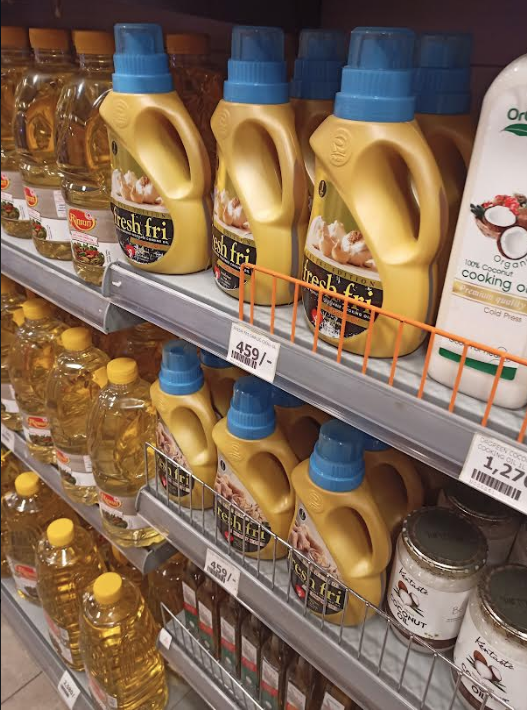 The government should consider suspending a number of levies to help cut cooking oil prices.

Kenya Association of Manufacturers (KAM) has urged Treasury to suspend or remove levies charged by Agriculture and Food Authority (AFA) introduced through the Crops (Nuts and Oil Crops) Regulations, 2020.

“This will have an immediate impact on the finished edible oil products for the benefit of the consumer, thus lowering the cost of living, “KAM acting chief executive Tobias Alando told the Star.

He was responding to the Star’s inquiry on why cooking oil prices have not dropped, despite a global reduction in crude palm oil prices.

In June, the Consumer Federation of Kenya (Cofek) accused manufacturers and retailers of exploiting consumers on commodity prices.

Cofek claimed retailers were unilaterally increasing prices of basic goods, taking advantage of the elections, inflation and the Russian-Ukraine war.

Cofek cited abuse of buyer power between manufacturers and supermarkets and called on the Competition Authority of Kenya (CAK) to restore order in the retail sector.

Both KAM and the Retail Traders Association of Kenya (RETRAK) however denied the claims.

"Prices are determined by suppliers not supermarkets," she told the Star.

The weak shilling however continues to affect import of Crude Palm Oil, according to manufacturers.

This is on the account of continued rising Indonesian domestic and export capacities.

This was after the Covid-19 pandemic heavily affected Indonesia and Malaysia, the two biggest producers of crude palm oil, crippling harvesting and milling activities.

A spot check by the Star yesterday however showed some retailers are selling the same at prices of up to ShSh7,000.

Benchmark futures for crude palm oil have fallen by about 47.5%
Business
1 month ago
WATCH: The biggest news in African Business
Post a comment
WATCH: The latest videos from the Star
by MARTIN MWITA Business Writer
Kenya
23 August 2022 - 04:00
Read The E-Paper