The regulator is seeking to increase costs at depots and pipeline transportation.

•This follows an application by Kenya Pipeline Company (KPC), which is seeking a tariff review.

•The company is eyeing higher fees from oil marketing companies in a bid to recoup funds it spent in building the new 450 kilometres  Mombasa -Nairobi pipeline. 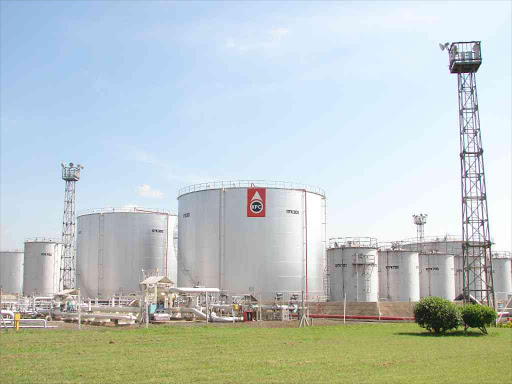 Kenya Pipeline is pushing for an increase in tariffs payable by Oil Marketing Companies for the use of its facilities, a move that could further increase fuel prices.

The Energy and Petroleum Regulatory Authority (EPRA) has commenced on a stakeholders engagement following the review application by Kenya Pipeline Company (KPC).

The company is eyeing higher fees from oil marketing companies in a bid to recoup funds it spent in building the new 450 kilometres, 20inch pipeline, that runs from Mombasa to Nairobi.

Currently, KPC charges Sh3.36 per litre to transport products between Mombasa and Nairobi.

The proposed new tariffs sets transport charges at 3.87 per cubic meter , per kilometer in the 2022/23 cycle.

“The revised charges are expected to run for three years until 2025,” director general Daniel Kiptoo said, adding that the authority is committed towards improving efficiency in Kenya’s petroleum sub-sector.

Other engagements will be held in the Aberdare's Economic bloc, Coast region and Nairobi.

An increase in tariffs is likely to push up the cost of fuel in the country as OMCs pass the extra costs to consumers.

It will be applicable at all KPC’s depots in Mombasa, Nairobi, Konza, Nakuru, Eldoret and Kisumu.

KPC’s two major facilities in the Western region–the Eldoret depot and Kisumu depots which have storage capacities of 48 million litres and 45 million litres respectively, will have the highest charges.

An increase in tariffs is likely to impact on oil exports as landlocked countries seek favourable terms.

Kenya has in recent years faced increased competition from the Central Corridor connecting landlocked countries to the Port of Dar es Salaam (Tanzania), to which it has lost about 20 per cent of its export business.

In 2019, EPRA in a review reduced the charges by importers using the Kenyan route, while marginally increasing charges for local players.

Kenya has been banking on the Sh1.7 billion Kisumu Oil Jetty to increase its exports, a project that is yet to come to full use for lack of similar offloading facilities in Uganda.

KPC had hoped Uganda would have finished its side by mid 2019 to commence operation.

Meanwhile, taxes continue to account for the biggest percentage of pump prices in the country, with consumers paying about nine different and levies.

For every litre of petrol bought, currently at Sh159.12 in Nairobi, Sh61.06 goes to government as taxes.