Kenya's production index down to a 14- month low 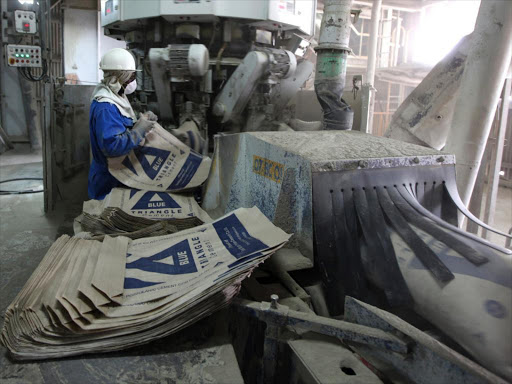 The headline Purchasing Managers’ Index (PMI) dropped to the lowest level last witnessed in April 2021, hitting 46.8 points compared to 48.2 reported in May.

Readings above 50.0 signal an improvement in business on the previous month, while readings below 50.0 show a drop. The headline PMI posted below the 50.0 neutral mark for the third successive month.

Input costs increased at a severe rate, driven by higher fuel prices, supply shortages and a strengthening US dollar, leading to a record leap in firms' selling prices.

Prices of the main raw material in the manufacture of cooking oil averaged $700 (Sh81,200) per tonne pre-covid.

This saw retail fuel prices rise by at least Sh9 per litre in the country hit a high of Sh159.

The US dollar strengthened further during the period under review, exchanging for 117.50 units compared to 117 units in May.

According to the Central Bank of Kenya, the local currency has shed almost four per cent in value against the greenback in the past year, pushing up the import bill.

Manufacturers are concerned about the US dollar shortage in the market forcing  them to buy a single unit at a high of Sh120.

CBK however insists that it floats more than enough dollars in the market every month, accusing importers of creating artificial shortages through multiple requests.

The downturn was led by further contractions in both output and new orders at the end of the second quarter. In both cases, rates of decrease quickened from May.

Firms attributed the drop to rising price pressures which have weighed on client demand, weaker cash flow and the upcoming elections.

Kuria Kamau, fixed income and currency strategist at Stanbic said the lower domestic demand along with the increase in input prices, lower cash flows and the upcoming elections forced firms to scale back on output sharply.

''While the increase in input prices slowed for the second consecutive month, it remains at near-record rates with firms pointing to higher fuel prices and supply shortages as the main drivers of the high inflation,'' Kamau said.

Even so, while the 12-month outlook by firms remains at near historical lows, it improved to a three-month high with firms optimistic that new outlets, increased advertising and new products would lead to a recovery in output.

The downturn in sales was largely concentrated in the manufacturing, construction and wholesale and retail sectors in June.

A lack of availability of other inputs, a stronger US dollar, higher taxation and increased wages also weighed on business costs, which rose at one of the fastest rates in the series' history.

Kenyan firms widely passed higher costs on to their customers in order to protect profit margins, pushing up output charges which rose at a survey-record pace in June.

The latest data from the Kenya National Bureau of Statistics (KNBS) shows the country's cost of living went above the government's set ceiling of 7.5 per cent in June to hit 7.9 per cent, up from 7.1 per cent in May.

Weaker client orders led to a further slight reduction in purchasing activity in June, although inventories continued to rise due to stockpiling efforts.

At the same time, staffing capacity was down fractionally, leading to a slight increase in backlogs of work.

Business confidence dropped to a record low
Business
2 months ago

Overall PMI dropped from 52.9 in February to 50.5 in March
Business
4 months ago

Private sector activities rise to a 10-month high in November

Buoyed by reopening of the economy following the lifting of the curfew.
Business
8 months ago