Taskforce looking into the problem finalising its work 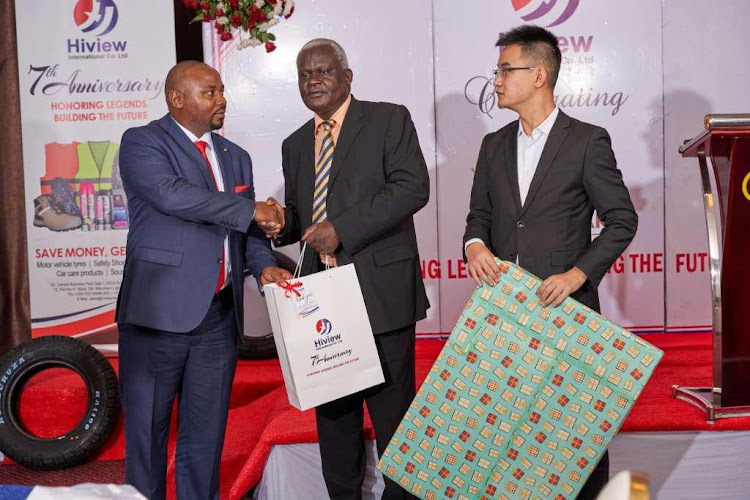 The government has assured Small and Medium-sized Enterprises (SMEs) that a plan to end double taxation in counties is well on course.

Industrialisation Chief Administrative Secretary David Osiany said a taskforce formed to look at the problem is now working on recommendations that seek to boost inter-county trade.

In a speech read on his behalf by Oliver Konje- the Director of International Trade in the State Department of Trade and Enterprise, Osiany said double taxation has been hampering the growth of SMEs.

"We want to harmonise taxes so that traders do not get bogged down by paying so many taxes. I assure you once the taskforce is done with its work, you will see this problem solved,” he said.

He made the remarks at the weekend during celebrations to mark the seventh anniversary of Hiview International.

Hiview is a sourcing and supplies firm based in Kenya and Tanzania with subsidiary entities in China, Cuba and Japan.

The company has an established to an auto parts and tires distribution network in Kenya and Tanzania while also offering sourcing and supplies services in the region.

“We have been forced to keep abreast with market demands of market. We put a lot of effort in diversification of products, market research, digitisation of some processes for tech savvy customers because this is how we can achieve sustainable growth,” he said.

He added that the problem has been made worse by the skyrocketing cost of living.

“It has been challenging because the priority of many Kenyans has been to put food on the table,” he added.

Devolved units have been seen to hamper inter-county trade by imposing extra fees and charges for goods that pass by through their jurisdiction.

Traders are forced to pay taxes in every jurisdiction they take their goods to, raising the cost of doing business. Consequently, most have opted out after finding their ventures unsustainable.

Konje said the role of SMEs in the growth of the economy cannot be underestimated.

“In Africa, SMEs have created a lot of businesses that vary from services, mining, agriculture and manufacturing. The sector plays a critical role in creation of employment opportunities,” he added.

He noted that in 2017, the growth of the GDP stood at 6.4 per cent with 3 per cent being attributed to SME sector.

“It must also be noted that SME sector constitute 98 per cent of all business in Kenya and provide employment opportunity to most of the population,” he added.

SMEs play a major role in most economies, particularly in developing countries. SMEs account for the majority of businesses worldwide and are important contributors to job creation and global economic development.