KRA will sell the properties through public auctions or private treaty within two months of notifying the taxpayer.

•The new law is part of the recently published Finance Act 2022 through which the government plans to raise Sh2.1 trillion equivalent to 15.3 per cent of GDP.

•KRA will sell the properties through public auctions or private treaty within two months of notifying the taxpayer. 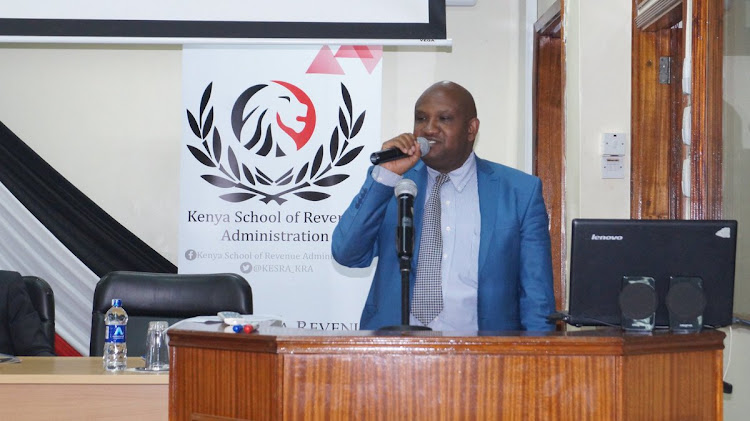 The tax body has been granted under the Finance Act 2022 to sell the said property through public auction or private treaty within two months of notifying the taxpayer.

Targeted include land or building, aircraft, ship, motor vehicle, or any other property which the KRA may deem sufficient to serve as security for unpaid taxes.

The government targets to raise Sh2.1 trillion in the financial year 2022/2023 equivalent to 15.3 per cent of GDP, up from the Sh1.8 trillion in the current fiscal year ending June 30.

This will supplement the Sh3.3 trillion budget for the coming financial year.

The taxman is expected to collect Sh2.14 trillion “Provided that where a plan has been agreed between the taxpayer and the Commissioner, the liability shall be settled within the agreed payment plan before the notification by the Commissioner is lifted," the gazetted Act read.

Currently, when a taxpayer, owning land or a building fails to pay tax on the due date, KRA will mark the properties as subject of a security for the unpaid tax.

Such is the case for the Naivasha based Keroche Breweries, which has been closed for the umpteenth time over unpaid taxes.

KRA has accused the brewer of disregarding a deal to stagger payment of a disputed Sh22.79 billion and failing to pay duty after it lifted the blockade on the plant in March.

KRA Commissioner general James Giithi Mburu said Keroche has failed to pay a cent in duty from beer sales since its March reopening.

In his 2022/23-budget speech, National Treasury CS Ukur Yatani said the government is developing a Medium-Term Revenue Strategy to boost tax revenues, improve the tax system and link taxation to the country’s development needs over the medium term.

Through the Finance Bill, the government has increased Capital Gains Tax (CGT) rate from current five per cent to 15 per cent.

CGT is charged on gains accrued from the transfer of property buildings, land, or shares in Kenya.

The government has also increased Excise Duty on cosmetics and beauty products from 10% to 15%.

Spirits with an alcoholic percentage of more than six per cent will from July 1 attract excise duty at Sh335.30 per litre, up from Sh278.70.

For beer lovers, products whose alcohol content exceeds six per cent will attract excise duty at a rate of Sh134 per litre, up from Sh121.85; meaning retail prices are set to increase.

Tobacco substitutes including non-combustible tobacco will from July 1, attract excise duty at Sh3, 750, more than double the current Sh1, 500.

For beer lovers, products whose alcohol content exceeds six per cent will attract excise duty at the rate of Sh134 per litre, up from Sh121.85
News
6 months ago

Prices of wines and spirits and some beers are set for an increase.
Business
6 months ago
Post a comment
WATCH: The latest videos from the Star
by SHARON MAOMBO Business Writer
Kenya
01 July 2022 - 12:46
Read The E-Paper