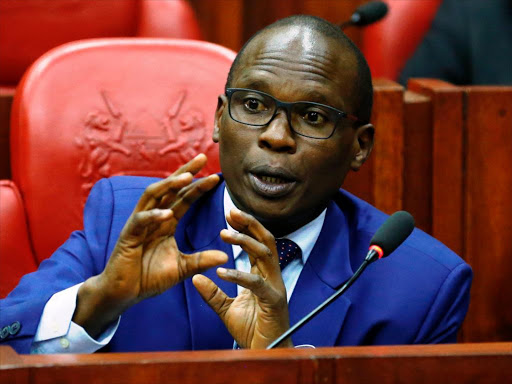 The Covid-19 impact on the economy cut the rate of mergers and acquisitions in Kenya by more than half as firms adopted a wait-and-see approach.

According to the  2020/21 report by the Competition Authority of Kenya (CAK)  only 21 merger transactions took place during the period under review compared to 44, a year earlier.

CAK director-general Wang'ombe Kariuki said the authority received fever merger notifications due to a new law restricts this to businesses with an annual turnover of Sh500 million.

''It is during this period that the Competition (General) Rule 2019 took effect to ease pressure on small businesses. Social-economic pressures that came with the pandemic also played a role,'' Kariuki says in the report.

During the period, the agency finalised five mergers carried forward from the previous year and received 91 fresh notifications of which 89 were finalised.

According to the report, most merger notifications were from the manufacturing sector at 23.6 per cent, followed by the finance and insurance sector at 16.7 per cent.

Other sectors that recorded a substantial number of merger notifications are agriculture, logistics and mining.

Even so, the financial sector accounted for the high number of finalised mergers and acquisitions, with Co-operative Bank finalising a 90 per cent stake in Jamii Bora at Sh1 billion.

It is during the financial year under review that Access Bank also acquired Transnational Bank.

CAK’s findings reflect that of Refinitiv, an American-British global provider of financial market data and infrastructure, which shows deal-making in the country dropped 28 per cent with only 18 deals in the first half of  2020.

Despite the drop in the number of deals, the value however increased by 224 per cent to $467 million.

Activity for the full year of 2020 was down 28 per cent in volume terms, but value increased by 52 per cent year-on-year to $722 million. Monthly figures seem to have peaked in July with eight transactions and dropped over the rest of the year.

France was the top partner for Kenya, with five inbound deals, up 25 per cent year-on-year.

Deals from France into Kenya were worth $36 million for the 2020 financial year, up 24 per cent year-on-year.

The UK had the highest deal value for inbound transactions due to the Direct Pay Online acquisition.

The case was the same in the continent, with deals dropping 27 per cent compared to 2019.

Companies in the materials sector remained the top target for investors in sub-Saharan Africa, with 29 deals in 2020, though the biggest value deals came from the energy and power sector, with deals amounting to $1.7 billion in 2020.

The United Kingdom was the most active investor in the SSA region for the second straight year, with 29 deals announced in the second half of 2020. There were also 29 deals from the UK for the full year 2020.

The federation has threatened to call for consumer boycott of outlets involved.
News
2 weeks ago

IPR Recodation is a database of information about intellectual property rights of a products.
Business
1 week ago
by VICTOR AMADALA Business Writer
Kenya
22 June 2022 - 16:00