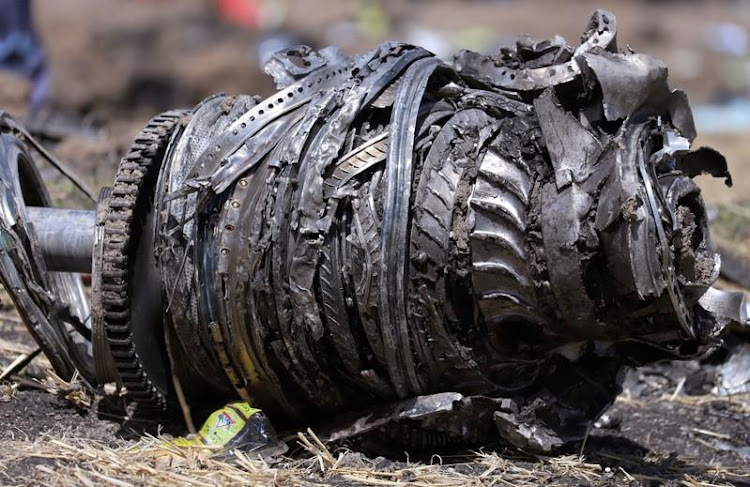 American eurocraft marker, Boeing could pay up to $6 billion (Sh702 billion) in compensation to victims of two separate plane crash in Indonesia and Ethiopia which killed 32 Kenyans in 2019.

The new lawsuit filed Thursday last week by Ribbeck Law Chartered last week on behalf of Liu Chandra, a businessman who was a passenger on board the Lion Air’s Boeing 737 Max 8 that crashed in Indonesia is accusing the firm's staff of negligence.

"This is an act of negligence. Training of those pilots could have averted the tragedy,'' the court papers read in part.

The firm's internal documents attached in the suit show employees discussing the requests for more training on the airplane’s systems which was scoffed at by the then Boeing technical pilot Mark Forkner.

“Lion Air might need a sim to fly the MAX, and maybe because of their own stupidity. I’m scrambling trying to figure out how to unscrew this now! Idiots,'' the document quotes Forkner.

In addition, Ribbeck Law’s complaint blames David Calhoun, Boeing’s newest CEO, for failing to prioritize safety issues, even after the crash in Indonesia, while serving as leader of Boeing’s board of directors.

It is alleged that Calhoun knew immediately after the first Max 8 crash in Indonesia that there was a mechanical problem with the entire fleet of Boeing 737 Max 8 planes.

"Calhoun and the Board of Directors under his leadership knew that the planes had to be grounded, and they chose to keep flying them.“Our clients deserve their day in court,'' Ribbeck Law Chartered Partner Manuel von Ribbeck said in a statement.

''At their request, we have sued the individuals in charge of making Boeing’s decisions, those who chose to and sacrificed 346 lives to make Boeing more profits,'' Ribbeck Law's Monica Kelly said.

The new lawsuit follows a series of others that has seen the euro accessories manufacturer pay billions of shillings in compensations and fines.

Last year, families of victims of the two 737 Boeing Max crashes that killed 346 people in Indonesia in 2018 and Ethiopia in 2019 received payments from the $500 million settlement agreement.

This was after the final report on the Boeing 737 MAX, released in September 2020 by a legislative committee in the United States, found “repeated and serious failures” by the firm and identified the key factors that contributed to crashes.

They included design flaws, profit and production priorities at the expense of safety.

The report detailed how Boeing was under pressure to compete with Airbus and deliver profits.

The Ethiopian Airlines jet headed for Nairobi, Kenya crashed shortly after take-off from Addis Ababa’s Bole International Airport, killing all 149 on board including 32 Kenyans.

At least 30 nationalities were on board.

Another plane of the same model was involved in a crash less than five months earlier when a Lion Air flight crashed into the sea near Indonesia with nearly 190 people on board.

Prior to that Boeing paid $100 million to assist the families and communities involved in these two tragedies.

Indonesians suspected to lure families of the victims to switch lawyers.
Business
2 years ago

The Ethiopian Airlines case is set to be heard again in court on September 17.
Business
2 years ago

Boeing fined by US aviation agency for Ethiopian plane crash