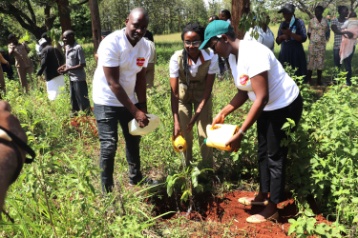 The firm said this during the World Environment Day celebrations aimed at raising awareness of emerging environmental issues in the world.

This year, Del Monte Kenya partnered with Murang’á County Government to plant 1,000 trees at Maragua Primary school as part of its commitment to plant 2.5 million trees by 2025 to tackle climate change.

Del Monte Kenya became among the few giants in Kenya to create a new Environmental Action Tool and database to track the company-wide greenhouse gas emissions.

This, as the firm works to align its efforts to Kenya’s effort to stick to the Paris agreement aims to reduce the country’s greenhouse gas (GHG) emissions by 32  per cent by the year 2030.

Del Monte Kenya has committed to planting at least 2.5 million trees by 2025.

"Now more than ever, our planet needs us to step up and act toward cleaning up many of the messes we have made through irresponsibility", the firm said in a statement.