CEOs in Africa trail their global peers in climate race

Six out of ten are concerned about physical and transition risks associated with climate change. 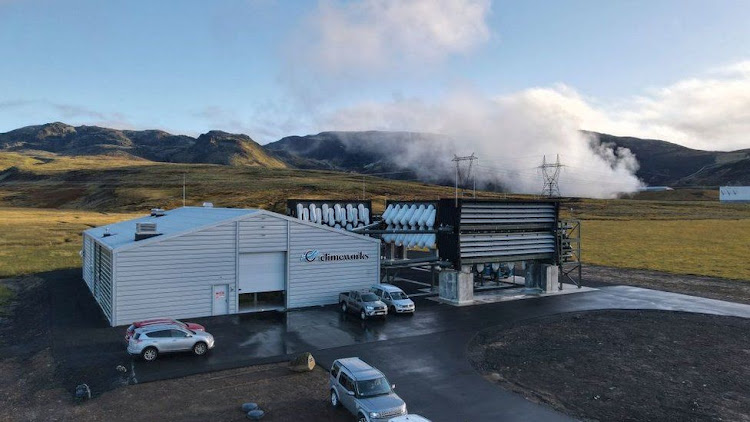 Carbon removal technology, such as at this installation in Iceland, will be examined

Organisations in Africa are behind in global actions on climate change and governance, a new report by PricewaterhouseCoopers shows.

In the PwC global survey on Environmental, Social and Governance (ESG), 77 per cent of CEOs in Africa say their companies have not made a carbon neutral commitment compared to the global average of 71 per cent.

Up to 80 per cent of them further revealed that their organisations have not yet made a net-zero commitment compared to 73 per cent globally.

According to the survey, six out of ten CEOs in Africa are concerned about physical and transition risks associated with climate change.

Carbon neutrality, or net-zero carbon dioxide emissions, is achieved when an organisation’s carbon emissions are balanced globally by carbon dioxide removal, typically over one year.

''The risks associated with climate change, especially in African countries, have many socio-economic implications such as unemployment, food insecurity, increasing health risks, and migration,'' Kerich said.

Research conducted by the University of Oxford’s Sustainable Finance Programme found that an increase in company-level ESG performance can result in a positive effect on a country’s living standards – both in developed and emerging markets.

''Organisations must take steps now to future-proof their businesses by implementing and accounting for their ESG matters,'' Kerich said.

The PwC survey, however, acknowledges the progress made by African companies in adopting what Oxford University's research terms as 'new corporate order', saying those companies are more likely to reap ESG dividends including their long-term corporate strategy than their global counterparts.

However, this is not yet as prominent in CEOs’ annual bonuses or long-term incentive plans.

For instance, only 10 per cent of CEOs in Africa have Green House Gas (GHG) linked to their remuneration versus 37 per cent globally. In turn, some 45 per cent of FTSE 100 companies now have an ESG measure in executive pay.

PwC says including ESG metrics in executive pay packages is a tangible way to close the say-do gap.

Local regulation might not require reporting of sustainability metrics and responding to ESG issues is seen as a cost, not an investment.

Why Africa couldn’t get urgent global deal on drought

The current drought in East Africa and the Horn of Africa has put up to 20 million people at risk of severe hunger.
News
1 month ago

They say they were denied participation despite being key players in the sector.
News
1 month ago

Globally, the average temperature last year was 1.11 degrees Celsius above the preindustrial average.
News
1 month ago

COP26 chief: Leaders must do more to honor climate promises

Last week US climate envoy John Kerry said the war in Ukraine had not wrecked the Glasgow Climate Pact agreed in November.
News
1 month ago

Seven of the ten countries most at risk from climate change are in Africa.
Business
4 months ago

Climate failure accounts for 42.1 per cent of long-term global risk
Business
5 months ago
by VICTOR AMADALA Business Writer
Kenya
31 May 2022 - 17:00