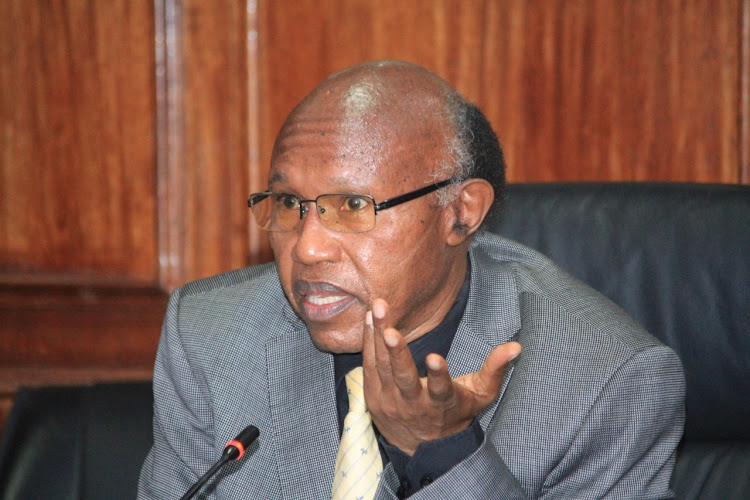 The Infrastructure ministry has raised alarm over Sh126 billion owed to contractors claiming it risks being handed over to the new government if a proposal to float Sh150 billion road bond flops.

The ministry is now banking on the bond to clear the accumulated pending bills owed to contractors across the country.

According to the PS, the ministry is allocated only Sh50 billion in the annual budget which is way below what it owes the contractors.

He said the docket requires at least Sh100 billion annually for roads maintenance and construction.

“Since last year, we have been pushing the option of a roads bond and we have been engaging the Treasury,” Maringa said.

“It has been a protracted engagement and we will be guided by the Treasury. If we don’t float the bond, then we will hand over the Sh126 billion debt to the next government.”

The PS was speaking when he appeared before the National Assembly’s Public Accounts Committee (PAC) to respond to 2020/21 audit queries.

He told the oversight committee that already the state department and Kenya Roads Board (KRB) are willing to float the bond only awaiting Treasury’s authorization.

“As soon as we get the signal from the Treasury, we will float the bond. We need to handover a tidy docket on pending bills. If we get the Sh150 billion, we will pay the Sh126 billion pending bill and the balance of Sh24 billion will be rolled over to the next financial year,” Maringa stated.

The Committee chairman Opiyo Wandayi wondered how the state department has been operating in the face of the huge pending bill.

The PS admitted the bill has had effect on some ongoing projects where execution has slowed down as the contractors demand pay.

“We have persuaded contractors to continue with works because we have intervened and negotiated with their lenders not to auction their equipment,” he said.

To mitigate the long payment delay, Maring said his docket has moved to save contractors from auctioneers by engaging banks with surety of clearing the dues.

“We know that the delay in paying contractors has a huge impact on payment of workers as well as subcontractors,” he said.

The ministry, he noted, released Sh14 billion to KRA to among other things pay contractors as a way of reducing the huge pending bills.