Kenyan farmers call for a total ban on imports.

•Kenya’s poultry industry is accusing Uganda of dumping chicken on its market.

•Farmers say they are now forced to cut jobs because they cannot compete with Uganda's unfairly low prices. 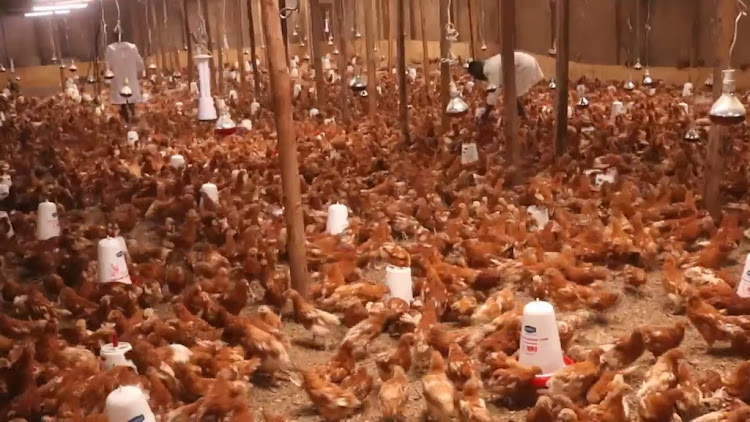 Chicken imports and exports between Kenya and Uganda have continued to put the two countries at loggerheads.

Kenyan farmers are advocating for a total ban on Uganda chicken, according to a letter of complaint sent to the Kenyan Ministry of Agriculture, Fisheries and Livestock.

“If we ban Uganda chicken, our farmers will be able to sell more locally and get paid more. As it is, our farmers are not making profit because of dumped chicken coming from Uganda,” the letter read in part.

Kenya’s poultry industry is accusing Uganda of dumping chicken on its market and farmers say they are now forced to cut jobs because they cannot compete with Uganda's "unfairly low" prices.

"We cannot afford to have chicken dumped in Kenya. Our people are losing jobs, our companies are losing profits. It will impact negatively on the country's economy," says Zachary Munyambu, a small-scale poultry farmer and Coordinator of Kiambu Poultry Farmers Cooperative Society.

Close to 3,000 people could lose their jobs in the next few months, farmers have argued.

Efforts to reach to Ugandan counterparts have been unfruitful.

However, analysts say the chicken row is not enough to harm trade between the two, "but the matter certainly needs to be handled delicately and speedily."

"Both countries are emerging economies and there are bound to be complexities in trade relations here but these need to be managed strategically," says Japhet Kirumi, director of independent foreign policy think-tank Institute for Gl.

Uganda and Tanzania were key in the growth of the export volumes, a time when the pandemic had reduced global industrial output while affecting international trade patterns, including shipments.

However, there has been the existence of bans on products, high fees and trade information failure that experts say are stifling cross-border Kenya- Uganda trade, and Tanzania.

Uganda Revenue Authority has in the past two years charged Kenyan chicken meat exports a cumulative 25 per cent in taxes – 18 per cent VAT, one per cent  Railway Development Levy and six per cent Withholding Tax.

On the contrary, Uganda poultry products have free access to the Kenyan market.

In 2018, the Tanzanian government burnt 6,400 chicks imported into the country from Kenya for being deemed non-compliant to the local poultry guidelines, at a great loss to the importer.

Importers trim use of Mombasa port as Kenyan polls approach

This is on elections jitters ahead of Kenya's August polls.
Business
3 weeks ago

Government however says the move was due to high levels of aflatoxins.
Business
1 year ago
WATCH: The biggest news in African Business
by MARTIN MWITA Business Writer
Kenya
04 May 2022 - 04:00