•Says being a payment mode, it must be accepted by the population. 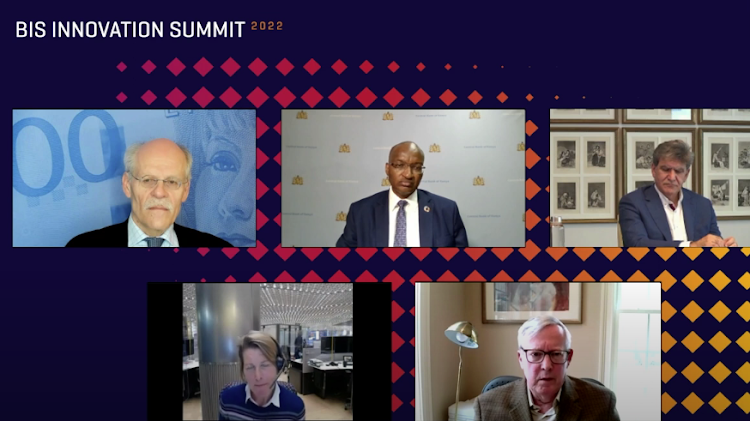 Kenya is not in a hurry to roll out a digital currency, Central Bank governor Patrick Njoroge has said.

He cited challenges coming with Central Bank Digital Currency(s) (CBDCs) as the reason why the country is still consulting.

They include lack of smart telephones (mobile) where women especially in rural areas are disadvantaged, identity cards and unethical lending practices, as some of the issues that need to be addressed.

They are pegged on the value of a country's government-issued currency that is not backed by a commodity such as gold.

A CBDC issued by the Central Bank of Kenya would be a sovereign currency in an electronic form, and it would appear as a liability on CBK’s balance sheet and an asset to users holding it.

The most valuable opportunities that encourage issuance would be where a CBDC can support CBK’s public policy objectives, according to the apex bank.

“Lets not look at CBDCs as the silver bullet for all the problems that we have. On the contrary, lets deal with the problems directly," he said.

He said it is for this reason that Kenya has decided that the best approach is to have a discussion with the population.

Njoroge was a panellist at the Bank of International Settlements (BIS) Innovation Summit, together with Stefan Ingves, governor of the Sveriges Riksbank (Central Bank of Sweden), José Antonio Álvarez, CEO of Santander Bank; and Gary Gorton, Professor at the Yale School of Management.

The conversation was moderated by Stephanie Flanders, Head of Bloomberg Economics.

Conversely, there are significant potential risks with CBDC issuance.

The trend in Kenya’s domestic payments indicates the existence of a digital currency (e-money) that is robust, inclusive, and highly active.

Therefore, the consideration to introduce a CBDC in the payments system in Kenya could target cost reduction, interoperability, and enhancing cross-border payments, according to Njoroge.

Existing proposals indicate that CBDC might hold the potential to achieve much-needed interoperability.

CBK has developed a discussion paper on digital currency for public comments.

It examines the applicability of a potential CBDC in Kenya, as part of CBK’s initiatives to ensure informed policy decisions regarding innovations.

The deadline for written submissions by the public or representations is  May 20.

The paper assesses the applicability of CBDC in Kenya’s retail space and cross-border payments.

In the country’s retail payment space, interoperability of mobile wallets, implemented in 2018, is limited to only person-to-person payments and is yet to be expanded to both merchant and agent interoperability.

“CBDC may offer promise for this interoperability. Assuming the Central Bank charges no fees for CBDC, it would facilitate small-value online transactions given relatively low (or no) associated fees compared to the current payment charges,” CBK notes.

However, ultimately mobile payments have a huge potential for growth in Kenya, thereby limiting the opportunities that a CBDC would provide in retail payments.

“The key consideration is whether to provide CBDC for financial access or to promote financial inclusion more efficiently by ensuring availability of cheap, mobile phone financial services,” CBK says.

On cross-border payments, there are inherently more complex than purely domestic ones, it notes. As a result, they are often slow and expensive.

“While it is difficult to quantify the benefits, interoperable CBDCs may have the potential to lead to efficiency gains by flattening the multi-layered correspondent banking structure and shortening the payment chains,” CBK says.

However, this might require all participating countries to have operational CBDCs.

According to Njoroge, Kenya’s assessment of CBDCs must be focused on potential opportunities and risks.

Fundamentally, given the wide-ranging implications of CBDC to the wider economy, any eventual decision to introduce a CBDC would involve the government, regulatory authorities, private sector, and engagement with society more generally.

How Bitcoin grew in Kenya despite warnings

CBK is exploring ways on how to use digital currencies for retail purposes
Business
1 year ago
WATCH: The biggest news in African Business
Post a comment
WATCH: The latest videos from the Star
by MARTIN MWITA Business Writer
Kenya
24 March 2022 - 03:00
Read The E-Paper