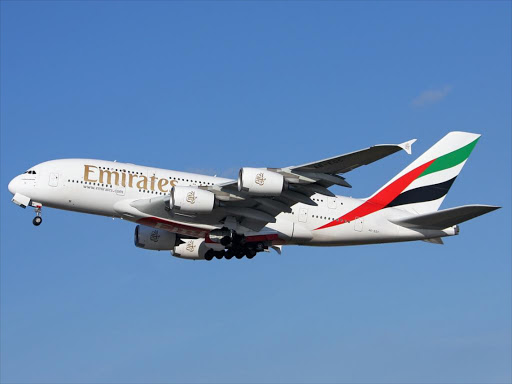 Kenya has lifted the ban on all inbound and transit passenger flights from the United Arab Emirates (UAE) imposed two weeks ago.

The Kenya Civil Aviation Authority (KCAA) Director-General Gilbert Kibe told the Star that the government decided to lift the ban hoping that UAE will reciprocate.

''That is the government decision. We hope the gulf country to do the same,'' Kibe said, declining to comment further on what pushed Kenya to blink first.

Kenya suspended all inbound and transit passenger flights from the  UAE on January 10 in retaliation to a move by Dubai driven by fake Covid-19 certificates.

The ban did not however affect cargo flights that are normally flown by carriers such as Kenya Airways (KQ) and Emirates airline from UEA into Kenya.

On December 20, the Dubai Civil Aviation Authority (DCAA) announced a 48-hour suspension on all flights from Kenya after several passengers arriving from Nairobi tested positive for Covid-19, despite carrying negative test results.

It later extended the ban that was to end on  Christmas eve.

KCAA confirmed that UAE took the action against Kenya and other African countries due to many false negative Covid-19 PCR results.

''The Ministry of Health is still investigating and will report findings soon,'' Kibe said two weeks ago.

A trade expert Fred Mutie said that Kenya was on the losing end in the aviation war with the Gulf nation and it was just a matter of time before it gave in.

''This is thoughtful of the Kenyan government. The country's ban on UAE was not making any business sense. We export labour, meat and coffee to the country. Most of these can be sought elsewhere,'' Mutie said.

He added that Kenya needs UAE more and that the trade deficit is largely in favour of Dubai.

The aviation tiff between the two has in the past weeks weighed down Kenya's growing labour export to the UAE, considering that majority were yet to travel back after Christmas festivities.

Government data shows that there are at least 40,000 Kenyans working in UAE, with the figure rising by the day.

Even so, this is not the first time Kenya and UAE are embroiled in an aviation war.

In March, Kenya blocked UAE's push to have more flight frequencies by the Emirates Airline.

This, despite Dubai writing to Nairobi not to fly any carrier with more than 220 passengers into its territory. Emirates is using aircraft of more than 400 seat capacity into Nairobi.

This angered Kenya, with the Transport Cabinet Secretary James Macharia calling out the Arab nation for unfair air transport trade.

According to him, Emirates was seeking an additional daily flight to Nairobi yet it does 14 weekly flights.

“When you add Etihad Airlines and Air Arabia, in total they have 28 weekly flight frequencies against Kenya Airways’ seven, an arrangement that is a skewed advantage in favour of airlines from the Gulf region,'' Macharia said.

The CS said Emirates Airlines, Etihad Airlines and Air Arabia—all designated to fly from the UAE—currently have a combined weekly seat capacity of 15,400 against Kenya Airways’ 5,510.

''Giving Emirates more flight capacity means they will get 90 percent of business between Nairobi and Dubai while KQ receives 10 per cent. This is not tenable,” said CS Macharia.

It waits to be seen if UAE will reciprocate Kenya's kindness.