•Manufacturers will enjoy a cost reduction of between Sh 2.67 - 3.64 per unit of electricity, depending on their respective tariff and consumption levels.

•The cost of power will further be reduced for industries that meet the Time of Use Tariff threshold, as gazetted. 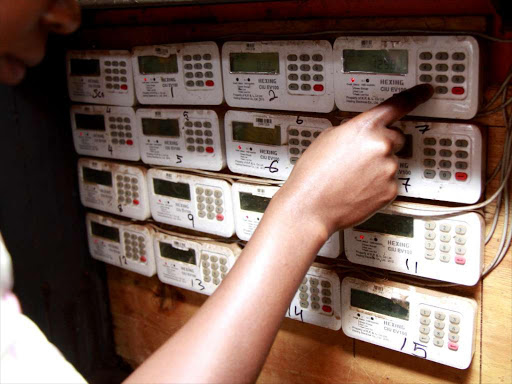 The Kenya Association of Manufacturers has welcomed the 15 per cent reduction in power charges gazetted on January 7.

Manufacturers will enjoy a cost reduction of between Sh2.67 - Sh3.64 per unit of electricity, depending on their respective tariff and consumption levels.

The cost of power will be further reduced for industries that meet the 'Time of Use Tariff' threshold, as gazetted.

"This is a significant milestone towards realising our long-standing efforts to reduce power costs, boost local manufacturing and consequently, investments in the sector," KAM chair Mucai Kunyiha said in a statement on Tuesday.

In his Jamhuri Day speech, President Uhuru Kenyatta said the reduction in power bills follows the promise to Kenyans to cut the cost of electricity by 30 per cent by the end year, even as he instituted radical changes at the power distributor.

Kunyiha said manufacturers have, in the past raised concerns over the high cost of electricity in the country, which pushes up the overall cost of production.

"The association applauds the government for taking action on this issue. The timing is especially apt as the economy is experiencing the impact of the Covid-19 pandemic, including rising costs, supply challenges and lower purchasing power."

High electricity cost has been attributed to various factors, including expensive Purchase Power Agreements (PPAs), high cost of fuel, multiple taxes and levies imposed on electricity bills, VAT and Fuel Cost Adjustment, as well as depressed demand growth and inefficiency in the system despite the increased power generation capacity, among others.

Kunyiha said achieving overall sustainable and stable policies on the cost, availability, and reliability of power is paramount to our economic growth.

"To fully gain from the benefits of this move, we must keep an eye on the urgent implementation of the second phase of the 15 per cent reduction in power tariffs, as announced by the President during last year’s Jamhuri Day celebrations," he said.

He said KAM supports the government’s efforts to address the fuel cost component that is one of the key factors in energy costs, as well as, the expensive petro-thermal generation, whose cost is greatly affected by fluctuating global prices and exchange rates.

"We will continue to engage the government and other stakeholders towards achieving overall sustainable and stable policies on the cost, availability, and reliability of power," he said.