• Bar, Hotel and Liquor Traders Association says majority hotels and bars are struggling with loans amid low returns from businesses. 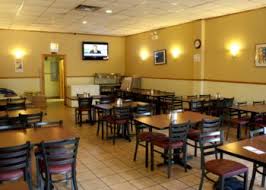 It will take up to 11 years for the local hotels and bars to recover to pre-Covid 19 levels, the Bar, Hotel and Liquor Traders Association (BAHLITA) now says.

This, as losses in the industry hit an upwards of Sh150 billion, as businesses continue to real from effects of the pandemic.

More than 250,000 jobs have been lost in the industry, a survey by the association indicates, with more than 15,000 establishment still closed since the pandemic hit the country in March 2020.

Speaking during an interview with the Star, BAHLITA secretary general Boniface Gachoka said majority hotels and bars are struggling with loans amid low returns from businesses, despite the slow re-opening of the economy.

“The losses we have incurred as of today cannot be recovered over one or two seasons. It will take longer,” Gachoka said.

The festive season mainly Christmas and the New Year however saw hotels and entertainment spots make gains from high number of customers, with a number of them hoping this year will be better.

“It has been a tough year with the lock-downs and restricted operating hours but we still hanged in there.We are hoping 2022 will be better. We have cooperated with the Covid protocols are ready to have our premise used a s a vaccination centre,” said Gerald Lidwaji, manager at V1 Sports Bar and Grill in Lang'ata, Nairobi.

The removal of the nation-wide curfew in October last saw increased operating hours for bars and restaurants, with some having licenses to operate 24 hours.

“The festive season helped restore relations that we had spoiled including sending home of employees. Businesses have been able to recall some of them, clear rent arrears and pay suppliers. Majority are however still operating in losses,” Gachoka said.

Government data in collaboration with the Kenya Private Sector Alliance indicates the hospitality and tourism industry was the most hit with 3.1 million jobs affected in the first year of the pandemic.

About 2.3 million employees were sent home on unpaid leave with most hotel employees on 50 per cent pay as earnings by businesses remained low.

The government was staring at a loss of up to Sh2.5 billion in catering levy alone in the financial year ending June 20.

Meanwhile, BAHLITA has called on the tourism ministry to release the Sh3 billion tourism sector government stimulus fund, aimed to help mitigate the effects of Covid-19 on businesses.

“The terms and conditions are still high, we are yet to fully acccess the funds,” Gachoka said.

The payment is being extended to hoteliers in form of "soft loans" through TFC.

According to the corporation, successful applicants were receiving payments with loans being disbursed in Meru, Trans Nzoia, Uasin Gishu, Kilifi, Mombasa, Kitui and Kisumu counties.

The funding is expected to facilitate the restructuring of business operations and help them cut key operation costs.

60 per cent of the funds were allocated to the coastal region which is the country's leading beach holiday destination with more than 400 star rated high-end hotels and establishments spreading from Diani to Lamu.

40 per cent was allocated to the other regions in the country.

"The disbursement process is ongoing and TFC is working together with the Ministry of Tourism and Wildlife and Ministry of lands to ensure  securitization is hastened,” TFC said.

BAHLITA notes that the sector expects to bring back more than 90,000 people who lost their jobs at the height of the pandemic.

“We are working with banks to support businesses come back which means job opportunities,” Gachoka said.