•When the virus struck in 2020, the authorities introduced tough lockdown restrictions and like many others, Onyango found himself with no work

•He started farming tomatoes and local greens on 1.5 acres of land that once belonged to his grandfather 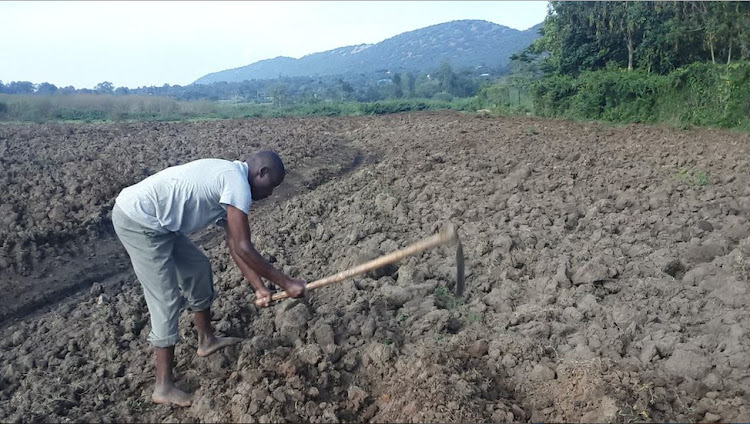 If the coronavirus pandemic had not happened, it is likely Jack Onyango would still be living alone, working in Kenya's capital and sending money back to his wife and children in his faraway rural home.

Like so many Kenyans, he moved to Nairobi as a young man, believing that was where the country's economic opportunities lay.

But life in the capital was not easy. Onyango could only afford to travel home to see his family in Kisumu county in the west of the country once a year.

He would go at Christmas time paying 2,000 Kenyan shillings for the bus journey - and he was also expected to brings goods with him, such as sugar.

When the virus struck in 2020, the authorities introduced tough lockdown restrictions and like many others,  Onyango found himself with no work.

While governments in other parts of the world paid partial salaries to those who lost their jobs during the pandemic, in Kenya there was no such support.

"There was nowhere to get money to pay rent and to feed my young family," he says.

Seeing no way of staying in the city, he decided to move back home to his village in July of that year.

"I was worried but I gambled," Onyango says. "At home there was no rent, there was no electricity bill or water bills, as compared to Nairobi where everything was money-oriented." 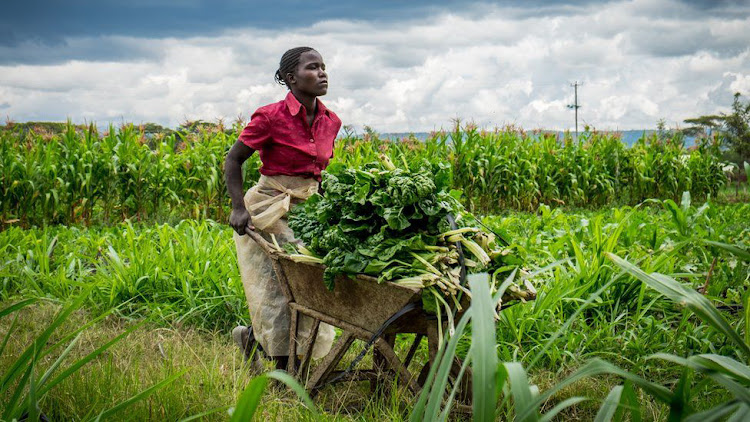 Small-scale farming is helping many communities to get through the pandemic.
Image: BBC

He started farming tomatoes and local greens such as African cabbage and African nightshade on 1.5 acres of land that once belonged to his grandfather.

He sold the produce to neighbours and vendors, who would take it to the local market.

With birds chirping loudly in the background as he speaks to me on the phone, he tells me the unexpected move has turned out for the best.

"The money I'm getting from what I'm doing now is much more compared to what I used to get for working in Nairobi.

"My eldest daughter is 16 years old. I used to see them once a year. In fact, corona has been a blessing to me."

"So quite a number migrated from cities back to their rural areas."

He says the countryside offered a lifeline for many.

"In Africa we are children of two worlds. We have one leg in the city and another one in the countryside. It helped because if we didn't have that, they would have really been in serious trouble."

Nearly 750,000 jobs were lost across Kenya in 2020, according to Kenya's National Bureau of Statistics.

A recent report by the agency said various sectors of the economy were adversely affected by Covid containment measures, and total employment, excluding small-scale farming and pastoral activities, contracted by 4.1% to 17.4 million.

During the early coronavirus lockdowns, the Kenyan government banned travel between some big cities, prompting concerns about regional food security in areas that do not grow much local produce.

As a result, many of the internal migrants who returned home to rural areas turned to growing vegetables themselves.

Geoffrey Barasa is another Kenyan who left life in the city behind. The 46-year-old used to hold down two jobs in Nairobi.

He was employed as a casual worker doing odd jobs in the city's industrial area and he also ran a small business buying chicken parts at a market and selling them at a profit in his local shop.

He moved to the city as a young man after college, saying "it was [a matter of] pride to work in the city then".

Barasa got married and lived in Nairobi with his wife and four children,.

But when the first coronavirus cases were reported in Kenya, everything fell apart. He lost his casual job and he was forced to shut down his chicken business.

"At that moment, there was no movement of people so I didn't have enough customers to buy my goods. I was forced to close the shop and come back to the village," says Barasa.

"That time was very difficult for me."

In September 2020, he decided to move his family to his rural village in Busia county, not far from the edge of Lake Victoria.

He began farming pumpkin, millet, tomatoes and kale - and he now sells the produce to the local community. Today he is rearing pigs and chickens too. 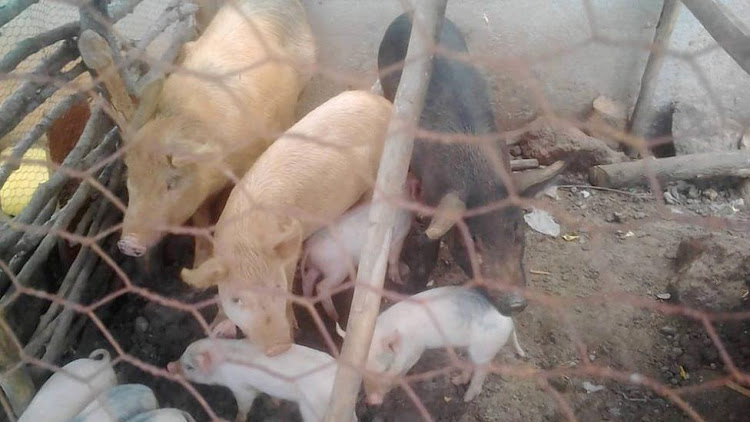 "At first I was so worried how I was going to spend life at home, but now I'm comfortable. I am well off compared to when I was in Nairobi. I'm very happy back at home in the village."

Barasa says he would urge others who returned home during the pandemic to make it a permanent move: "I cannot advise them to go back to the city."

According to Macoloo, the coronavirus pandemic is the second time in recent memory that Kenyans have been prompted to re-evaluate what he calls "the myth about everything being rosy in the city".

"During the post-election violence in 2007-08, most people also went back to the countryside to try to see if they could survive there.

"But the election issues were resolved much more quickly and the economy wasn't closed in the same way," he says.

"Once security was restored, they could easily pick up the pieces.

"Nobody knew there were some positive things that would come out of the pandemic," he adds.

"We didn't expect it, it came, and I think we should take advantage of it. They say there's a silver lining in every cloud."

Workers lost jobs and moved into agriculture to survive.
Business
1 month ago
The logic behind urban-to-rural migration and how to survive it
by BBC
Kenya
22 December 2021 - 09:00