While migrating in the opposite direction is the norm, city chaos and cost of living coupled with development in rural areas is making life upcountry to not be a bad proposition 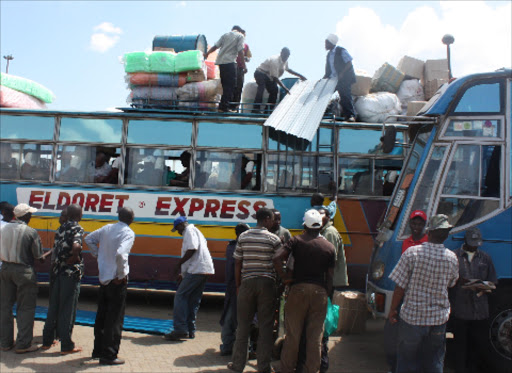 Rural-to-urban migration is well known, but how about the people leaving the buzz of the big city for a quiet life in a rural town, where there are fewer income-earning opportunities?

The 2019 Population And Housing Census found 31 per cent of Kenyans living in urban areas. This is very likely to reach 50 per cent by 2035, according to official predictions. From historical observation, there is convincing evidence that economic growth and urbanisation are twins; it is impossible to generate high economic growth from a predominantly rural-based economy.

Life is certainly convenient in a big city, such as Nairobi. There are more jobs available, and there is a much bigger population of customers for those inclined to get into business. There is simply more of everything: more housing, schools, healthcare facilities, shopping malls, better infrastructure and a very multicultural environment. These aspects of city living are the very things that attract people into urban areas, especially among the youth.

For all its perks, living in a large city has its drawbacks. There is human and traffic congestion, industrial pollution, unsanitary living conditions and higher rates of crime. The average city dweller is more likely to suffer from ‘loneliness in a crowd’ syndrome. Despite the large population in a city, many people do not have a personal connection with each other. The phenomenon of social isolation is largely attributed to separation from family and from one’s cultural roots. Everybody in the city is busy with their work and even neighbours hardly interact with each other.

People relocate from urban areas to a rural environment due to a mix of financial, personal and environmental factors. Losing a job and relocating to a place with lower living expenses is a major reason. To start with, housing is cheaper in the rural areas. Reconnecting with family is another frequently cited reason. Others might talk about living in a pollution-free environment. Yet others might have grown dissatisfied with their previous urban lifestyle then decided to make a fresh start in a rural environment. Regardless of the reasons, most people relocating to rural areas more often move back to their ancestral homes or to some place where they have emotional attachment.

Rapid changes in rural living could explain its attractiveness to urban residents. Rural life has changed a lot from the days when Nairobi was the only developed part of Kenya. People from Nairobi acquired a special status whenever they visited the villages. Investment in infrastructure brought the most remote parts of the country within reach. Rural areas today have better access to electricity, passable roads, schools, hospitals and improved access to clean water. The quality of this infrastructure is not perfect but definitely better than nothing.

Life in rural areas is, however, not the stuff city residents imagine. The average city resident travels to their rural homes during the December festive season. There is a lot of joyful reunion around the festive season, lots of parties and plenty of food. However, day-to-day life in the rest of the year is rather difficult for those permanently living there — something worth bearing in mind before leaping from the big city.

The cost of living in rural areas is lower than in urban areas, but there are far fewer income-generating opportunities. Some parts of Kenya have cash crops that give farmers a decent income but in reality, most rural residents survive on subsistence farming, casual labour and hawking foodstuff. Climate change and lack of markets for agricultural produce have made farming a very frustrating activity. There are very few industries in rural areas, meaning that jobs are scarce.

For entrepreneurs, the volume of customers in rural areas is low, but opportunities exist in fast-moving consumer goods (FMCG), low-priced household electronics (including mobile phones), hardware, school uniforms and clothing. Fuel business and sale of LPG are also seeing significant growth as consumers shift away from wood fuel. Motorcycle taxis or boda boda have become the most important mode of transport in rural areas. Businesses selling motorcycles and those supplying motorcycle spare parts are thriving.

Quality of life is another appealing motivation in relocating, especially for the financially stable. In Nairobi, for example, one has to leave home at the crack of dawn to get to work on time. In small rural towns, one can safely leave home at 7.30am and still get to work before 8am. There are good private schools in the rural areas, where school fees are a fraction of what it would cost at an equivalent in a big city.

Urban-to-rural migration brings with it new skills, new products and new services to the rural areas for the benefit of both consumers and youth seeking jobs. For instance, many of the people likely to move out of towns and back to the rural areas also happen to be skilled and educated professionals. That by itself is not enough to guarantee a smooth transition into rural life. As with any other major change in life, one has to be open-minded, patient, willing to try out new ideas and persistent in the face of recurring obstacles.

A word of advice from someone who relocated to the rural areas: plan accordingly, save for the inevitable rainy day and adapt yourself to cope with challenges.

Post a comment
WATCH: The latest videos from the Star
by GODFREY KIMEGA Communication Professional
Lifestyle
28 March 2020 - 05:00
Read The E-Paper