Remittances on the rise as Christmas approaches 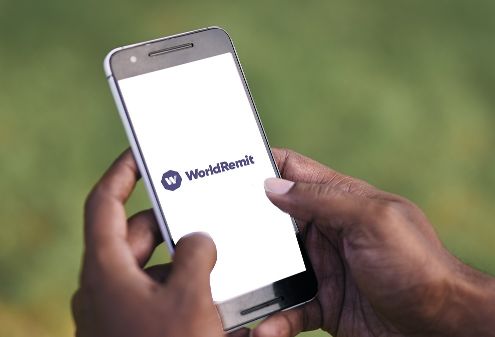 Diaspora remittances are on the rise with high volume expected this month, even as the World Bank predicts a strong 7.3 per cent increase to low- and middle-income countries.

This is after Kenyans in the diaspora sent home a record Sh37.8 billion ($337.4 million) in October, setting a new monthly record for the offshore inflows.

This was up from Sh34 billion in September.

According to global payments firm–WorldRemit, the high inflows are being driven by the festive season as Kenyans living and working abroad send home money for families, relatives and friends.

“We expect to see increased inflows during this period as Kenyans abroad send money back home to loved ones to celebrate Christmas and to prepare for the back-to-school period. Education remains one of the main uses of remittances to Kenya,” notes Sharon Kinyanjui, WorldRemit Director for Europe Middle East and Africa Receive Markets.

World Remit, which is among leading firms linking the diaspora and the Kenyan market, says it is currently witnessing strong demand across all its receive markets due to the upcoming holidays.

It enables customers to receive money on mobile money, bank accounts in local currency or US dollars, as cash pick up and even as airtime.

The average amount varies depending on the regulatory limits and people's usage behaviour, according to the firm which last year lowered transaction fees for international transfers in over 450 of its larger corridors in Africa.

“We have generally seen amounts in the $100 range for mobile money as people tend to send more frequently to different recipients,” said Kinjanyui, “ The price cuts have had a positive impact on the market as it has made sending money more affordable. At this time, senders from markets like the UK can send to Kenya for zero fees.”

Most of the monies expected to be sent home will go towards education, healthcare and household needs, mainly over the festive season.

The World Bank is predicting strong remittances to low- and middle-income countries, to reach $589 billion (Sh66.2 trillion) in 2021.

For a second consecutive year, remittance flows to low- and middle-income countries (excluding China) are expected to surpass the sum of foreign direct investment (FDI) and overseas assistance (ODA), the global lender notes in a market report.

“This underscores the importance of remittances in providing a critical lifeline by supporting household spending on essential items, such as food, health and education during periods of economic hardship in migrants' countries of origin,” it says.

The remittances are projected to continue to grow by 2.6 per cent in 2022 in line with global macroeconomic forecasts.

Nigeria, the region's largest recipient, is experiencing a moderate rebound in remittance flow with Kenya and Ghana being among top recipients in Sub-Sahara.

The United States remains the largest source of diaspora remittances to Kenya accounting for 65.9 per cent of the inflows in October.

The remittances have grown by an average annual rate of 14 per cent since 2013.

World Remit which has a presence in more than 150 countries, processed over 50 million customer payments in 2020, worth approximately $10 billion (Sh1.08 trillion) in total.

Apart from the US, other key market sources of remittances to Kenya are the UK, Germany, and Canada.