Last year, the country lost more than Sh110 billion in tourism earnings as the pandemic brought the industry to its knees. 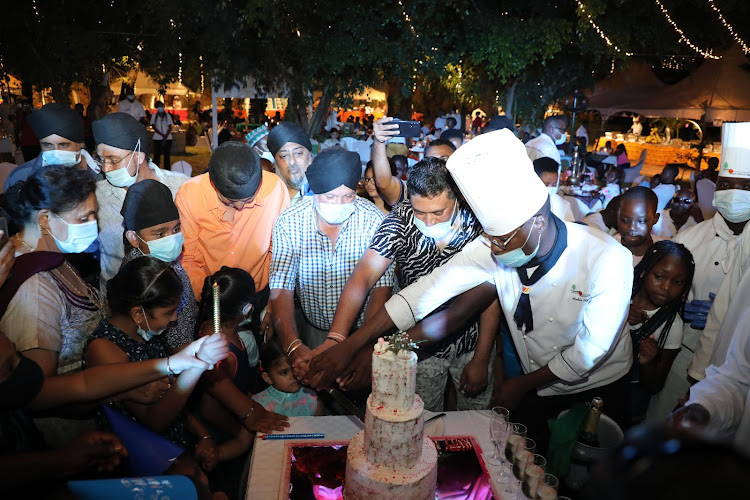 Fitch Ratings says encroachments from rebels in neighbouring Somalia, ongoing ethnic and political tensions within Kenya are a cause for concern.

Presidential aspirants Raila Odinga and Deputy President William Ruto have been traversing the country to sell their agenda's ahead of next year's general elections, with a number of violent cases reported.

There are also concerns over insecurity after neighbouring Uganda's capital of Kampala was hit last week.

“Encroachments from rebels in neighbouring Somalia, ongoing ethnic and political tensions within Kenya are a cause for concern and the market is still recovering after a spate of terrorist attacks, beginning in 2012, deterred visitors,” the ratings and research firm notes.

The political temperature is however rising as Presidential aspirants Raila Odinga and Deputy President William Ruto continue to traverse the country to sell their agendas ahead of next year's general elections, with violence erupting in Kisumu a fortnight ago where Ruto's motorcade was stoned.

The tourism sector was among the biggest losers during the 2007 post-election violence as international tourists kept off the country.

“Kenyan tourism industry has been prone to volatility over the past decade, stemming from ongoing issues relating to security and stability. The market saw negative growth over the 2012-2015 period due to political instability and terror attacks,” Fitch notes.

The Kenya Association of Hotelkeepers and Caterers (KAHC) is also cautious of the political environment, calling for peaceful campaigns and elections to allow businesses to recover from the pandemic.

According to KAHC executive officer Sam Ikwaye, the removal of the night curfew has given a lifeline to businesses, including those interlinked with the tourism sector, hence the need to create a good operating environment.

“We hope the politics will be decent and allow Kenyans to continue with their businesses even as we engage in democratic processes,” Ikwaye said in a telephone interview with the Star.

The Covid-19 pandemic which struck last year weighed down gains made in the previous years where the sector had grown steadily, with total arrivals jumping from 1.3 million in 2016 to over two million (2, 048, 834) international arrivals in 2019.

Closure of borders and other measures to contain the virus brought travel to a near stop, hurting the country which heavily depends on international tourists who contribute more than 80 per cent of the sector's earnings.

The sector has however shown recovery signs this year with the Tourism Research Institute (TRI) data indicating the country received 305,635 international arrivals between January and June.

Tourism and Wildlife Cabinet Secretary Najib Balala projects full recovery of the industry to be in 2024, as the country banks on reopening of global economies and travel which will allow more international tourists to visit Kenya.

The industry has been sustained mainly by the domestic market, albeit households struggling with low disposable income in the wake of job losses and pay cuts over the pandemic period.

The government had previously set a target of 2.4 million visitors by 2024 and three million by 2030, which according to Fitch, it was largely attainable in the pre-coronavirus business environment.

“In light of the Covid-19 setback, however, the government will have to work very hard to ensure a healthy rebound,” the Firm says in its Kenya Tourism Report.

Last year, the country lost more than Sh110 billion in tourism earnings as the pandemic brought the industry to its knees.

Only about Sh37 billion was realised in direct international tourists' receipts in 10 months, TRI data shows, against a projection of Sh147.5 billion for the review period.

Meanwhile, Fitch has vouched for Kenya saying its tourism market offers significant long-term growth potential, with its numerous nature reserves and an attractive coastline putting it in a position to compete with established markets such as South Africa as a combined beach and safari holiday destination.

“The growth potential of the market has caught the attention of investors and we are seeing an increase in luxury tourism and accommodation, which could prove a draw for more affluent and high-spend visitors,” Fitch notes.

Overall, the tourism sector is set for a steady recovery should the health, security and political situation remain relatively stable.

The rating firm projects a stronger growth of 47.3 per cent for 2022 as the recovery in global travel gains traction, followed by further double-digit growth and full recovery in 2025.