It was selected due to its large tracts of unoccupied, affordable land, sparse population density, low trafficked airspace and generally flat terrain.

•According to the report, it’s estimated that the initial stage of the SpacePort construction will cost between Sh5 billion and  Sh7 billion annually.

•The existence of a restricted military airspace in the northern part of the country, where Marsabit is situated also makes it easier to launch vehicles to space without huge disruption to normal air traffic. 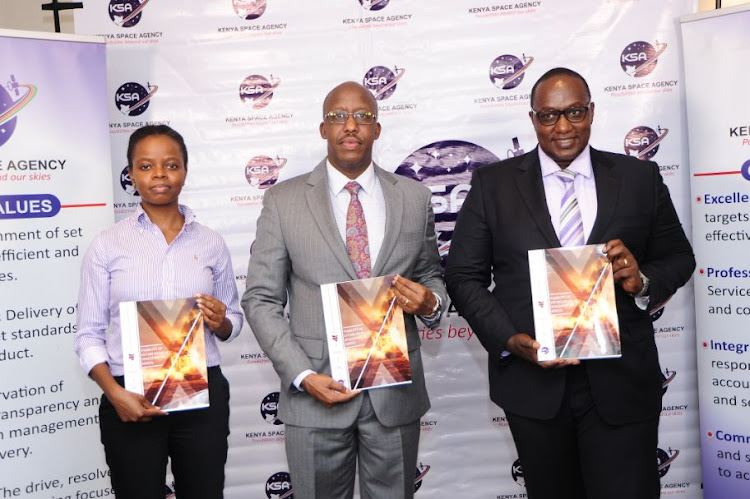 Marsabit County has trounced other counties to emerge as the most suitable place in Kenya  to set up a Spaceport.

A spaceport or cosmodrome is a site for launching spacecraft, by analogy to a seaport for ships or an airport for aircraft.

Speaking while receiving the report, Kenya Space Agency director general  Hilary B. Kipkosgey said the benefits of establishing a spaceport capable of launching rockets within Kenya are numerous and would positively impact on the growth of the country.

"Development of such a spaceport would also foster research, innovation and growth of knowledge within this country, rippling out to Kenya taking the lead globally as a significant player in the space sector,” Kipkosgey said.

He added that the space sector requires innovative, committed and forward thinking minds; something our young people have in abundance.

Viwanda Africa CEO Nyambura Kamau said  the interest to carry out the survey in Kenya originated from the geographic advantages the country sits on as a potential launch site: an interest shared by the US based space start-up company Long Shot.

Longshot Space Technology CEO Mike Grace on other hand  said  Kenya is located in a geographically advantageous position due to its lateral coordinates.

"Its location on the equator provides a space vehicle being launched from Kenya with a “speed boost” equivalent to an additional speed of 1,650 km/h, due to the earth’s rotation. This allows the launch vehicle to save energy and carry heavier payloads into space," Grace said.

According to the report, it’s estimated that the initial stage of the SpacePort construction will cost between Sh5 billion and  Sh7 billion annually. it will cost Sh1billion per launch with an estimate of five launches within the first year of construction.

Research was conducted on the physical, economic, environmental, social, political and cultural factors that would be considered for the establishment of a spaceport.

A decision matrix was then used to analyze the 47 counties in Kenya based on the primary factors which affect the location of a spaceport (availability of land and population density) for the purpose of narrowing down to a select seven counties for further analysis.

A PESTEL and SWOT analysis was then conducted on the seven counties, and a second decision matrix conducted on them. Based on these analyses, Marsabit County was identified as the ideal location for a spaceport.

The existence of a restricted military airspace in the northern part of the country, where Marsabit is situated also makes it easier to launch vehicles to space without huge disruption to normal air traffic.

However, there may be a need to construct additional supporting infrastructure such as roads, boreholes and solar farms, the report indicated.