Senate and KEPSA concern over taxes and cost of energy

-          Political temperatures rise ahead of the elections 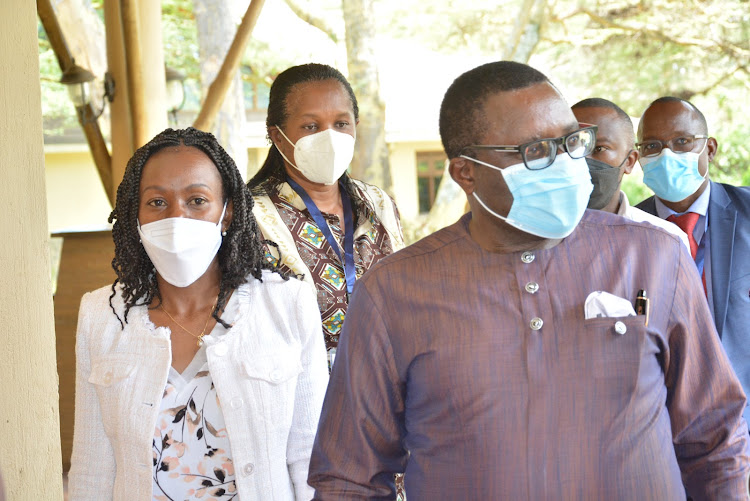 Business The Speaker of The Senate Kenneth Lusaka and the CEO KEPSA Carole Kariuki arrive in Enashipai Spa in Naivasha during the Senate Speaker roundtable economic recovery meeting. The two institutions have expressed their concern over political violence in parts of the country.
Image: By George Murage

The Senate and the Kenya Private Sector Alliance (KEPSA) have warned that double taxation and the rising cost of energy could kill the manufacturing sector.

The two institutions noted that investors who were yet to recover from losses made at the height of Covid-19 were recording high cost of production.

This emerged during the Senate Speaker roundtable economic recovery meeting with KEPSA at Enashipai Resort in Naivasha.

Leaders from the two institutions at the same time warned that the rising political temperature and violence could erode investor confidence.

While condemning the violence witnessed in Kisumu, Senate Speaker Kenneth Lusaka warned that the political violence could derail economic gains in the country.

Lusaka noted that violence affected all sectors and called on his fellow politicians to be careful in their speeches months to the next elections.

“We have recorded some flashes of political violence flashes which are not healthy for a country that is yet to fully recover from the pandemic,” he said.

Addressing the press, Lusaka at the same time noted that double taxation and a rise in the cost of energy was eroding investor confidence.

He lauded the move by the national assembly to summon senior government officers to explain the rising cost of fuel.

“Parliament and Senate have addressed the issue of high fuel prices while we are calling on the next house to deal with double taxation imposed by county governments,” he said.

On her part, the CEO KEPSA Carole Kariuki said that they had planned a leader’s summit in the next couple of weeks to address elections preparedness, security and support for business.

“We are calling for peaceful elections as chaos will definitely affect all the sectors including business and hence the need to engage the politicians,” she said.

Kariuki decried the rising cost of production in the country, noting that it was pushing manufacturers out of the market.

“We are deeply perturbed by the rise in electricity and fuel prices in the last couple of months while double taxation remains one of the biggest challenges facing investors,” she said.

The leader of majority in the senate Samuel Pogishio called for sobriety in political campaigns warning that violence could lead to business and capital flight.

“We are concerned by the high taxes that the government is charging traders and this is killing the manufacturing sector,” he said.