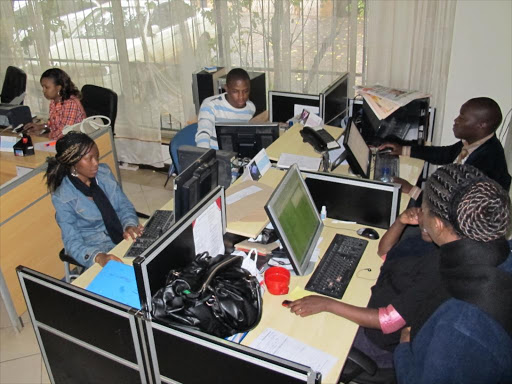 Majority of employees still prefer working from the office despite adoption  of remote working, a new survey shows.

After the Covid-19 pandemic hit Kenya last year, most employers asked their staff to work from home as one of the containment measures.

However, the latest employee satisfaction survey by Brighter Monday Kenya shows that most employees prefer working from the office.

The preference was attributed to unreliable power supply and internet connection in homes which in turn affected remote work structures and hindered productivity.

The findings reflect a similar survey done by Consumer Insight Africa which showed that about eight in 10 Kenyans believe that working from home is ineffective.

Only two percent felt productive working from home while three per cent of  respondents in the Consumer Insight survey said their productivity had remained the same.

The findings of the two surveys negate the position that working from home not only benefits employees by eliminating their daily commutes but also increases productivity.

The Brighter Monday survey polled 1,760 respondents shows that strong, relatable company values and goals are the most important external trait.

A competitive package was ranked as the most important internal trait that respondents desire in an ideal company.

Ninety per cent of respondents said job satisfaction increases their productivity six per cent said it does not while four per cent were unsure.

The survey further shows that 58 per cent of employees are likely to leave their employer in the next six months, 11 per cent do not want to leave while 35 per cent are unsure.

In addition, there is also a high flight risk rate (leaving current work station) across all age groups, but more so among respondents aged 45 years and above.

The survey recommends that employers should to strive to develop and sustain comprehensive employee satisfaction strategies that address employee achievement, personal development, job satisfaction and recognition.

This can be achieved through  improving the work environment, compensation, better communication, providing development and learning opportunities and creating tangible employee recognition programs.