Companies and other businesses are keen to set shop in the town.

•Nakuru County Governor Lee Kinyanjui has retaliated the willingness of the county to partner with businesses to advance the economic and social development agenda.

•Nakuru is known as the home of startups having birthed some of the renowned brands in Kenya and globally. 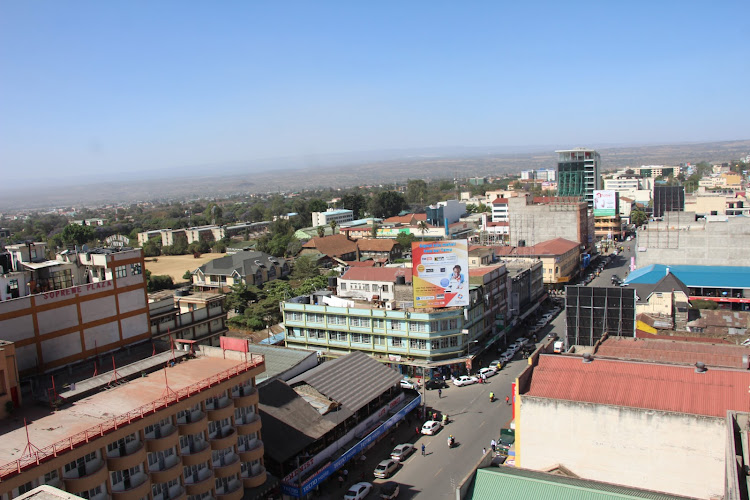 In 2019, Nakuru County was ranked as the second-highest contributor to the country’s wealth after Nairobi by the Kenya National Bureau of Statistics.

This was KNBS's first gross county product report which provided official statistics on the economic size of counties, the structure of county economics.

According to the report, Nakuru County contributes 6.1 per cent to the GDP with potential in agriculture, service sector and industrial activities.

This placed Nakuru County in the runners-up position, trouncing counties like Mombasa, Kisumu, and Kiambu.

This coupled with the elevation of Nakuru Municipality to city status has attracted different industry players to Nakuru town, who are keen on taking advantage of high economic prospects that come with city status.

Senate approved the conferment of city status to Nakuru Municipality in June after almost two years since the matter was tabled in the house.

The county now awaits the Charter from the President to be able to take up the coveted status which promises improved economic development.

According to the findings of the Senate Standing Committee on Devolution and Intergovernmental Relations, the municipality met all requirements for elevation.

“The county has demonstrated its capacity and potential in revenue generation and collection to sustain its operation as per the criteria set in the relevant statute,” the Senate report reads in part.

Nakuru has grown tremendously since devolution was enacted in 2010.

Businesses were however hard-hit by the Covid-19 pandemic last year where some were forced to close.

Shop spaces were left unoccupied for months with workers losing their jobs.

Many employers were unable to sustain them due to strained economic times.

It is at that time Tuskys supermarkets which has its roots in Nakuru, went under, closing all its branches in Nakuru town and its environs and sending all its workers home.

The Botswana-based retailer discontinued its operations in Kenya four years after they acquired a majority stake in the then-struggling Ukwala supermarket.

Nakumatt supermarket was already in turbulence but had maintained their Nakuru CBD branch at the Westside Mall. The fiannly shut the branch.

Java house café at the Central Business District shut its doors after the government reduced operating hours which came with the night curfew.

Things have however taken a different turn for the better as different companies and businesses venture into Nakuru.

The scramble is seen to be motivated by the imminent city status.

An example is retailers Cleanshelf and Chadarana-Foodplus, which had never set a business in Nakuru, making a grand maiden entry into the town.

Another entity is Pizza Inn which has set shop in the town.

Naivas supermarket has expanded to four branches, three at the CBD and one at the outskirt of the city.

Banks and Saccos have not been left behind, Faulu microfinance bank relocated to a bigger space in the CBD with UBA, GT bank, Tower and UNISON Saccos making their presence felt in town.

Sam Kiguru, managing director Jojeen Properties Limited, a real estate agency, says since the announcement on the elevation of Nakuru to city status, inquiries for both office space and land have increased.

“I have personally met a lot of people who are making inquiries on land for building apartments, setting up a business and also office space.As the town becomes a city, we expect a lot of companies to make their presence felt here,” Kiguru said

According to Kiguru another area that is showing potential for growth is the hotel industry which had suffered as companies and government agencies opted for other regions for meetings and conferences.

“Things are looking up for Nakuru, gaining city status is not an exercise in futility but a worthwhile thing for this town. As Covid-19 slows down, the town will experience tremendous growth,” said Kiguru.

Nakuru County Governor Lee Kinyanjui has retaliated the willingness of the county to partner with businesses to advance the economic and social development agenda.

Speaking during the opening of Faulu Microfinance's new branch in Nakuru town, the governor encouraged other players to invest in Nakuru.

“Nakuru County is open to business. This move by Faulu Bank symbolizes the strong partnership between the county government and private sector in creating real economic opportunities for our people,” said the governor.

Those with office spaces have been encouraged to make them attractive to investors by giving them incentives and making sure they have other auxiliary services that attract more investments.

Nakuru is known as the home of startups having birthed some of the renowned brands in Kenya and globally.

The leading supermarket chain in Kenya Naivas supermarket started in Nakuru as well as Tuskys and Nakumatt supermarkets.

These retailers grew and expanded to all corners of Kenya and the larger East Africa before turbulent times hit Tuskys and Nakumatt.

Other brands that Nakuru can boast of are Keroche breweries, Menengai oil, Mololine Sacco services, Timsales among others.