Importance of biometric systems and applications

Patterns and fingerprints are near impossible to replicate.

•Most people use biometric verification in their everyday life for instance, when you unlock your phone to respond to notifications. 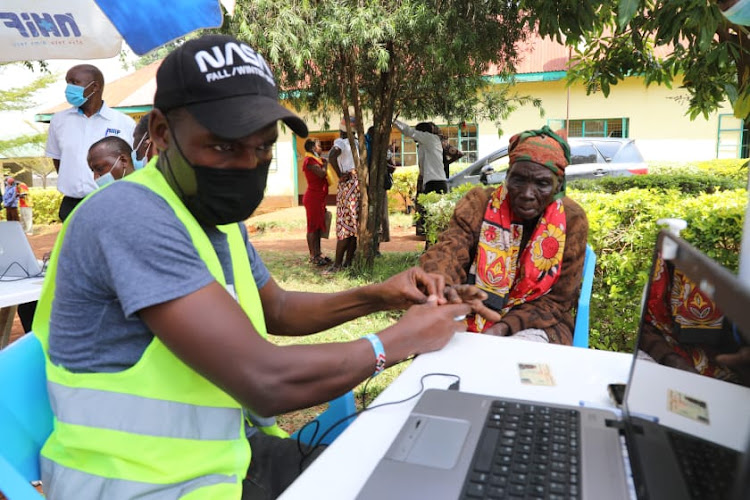 An elderly woman during the launch of biometric registration at Nyamaiya health centre in Nyamira county on Monday.
Image: ALVIN RATEMO

In the modern technology landscape, biometrics authentication and verification are integral to users.

Most people use biometric verification in their everyday life for instance, when you unlock your phone to respond to notifications.

Most biometric devices and their verification applications require physiological biometrics like face recognition and thumbprints to unlock their services but they are not the only keys.

There are other biometric uses that are physical such as Iris shape as well as the growing acceptance of behavioral biometrics.

Even as biometric data and authentication are being adopted, questions arise on the safety and privacy of users who are supplying biometric inputs to businesses and governments and their purposes for utilisation.

There are two main categories of inputs for biometrics that include physiological and behavioral.

The main physiological biometrics utilized in today’s technology is when a person’s fingerprint, hand geometry, face shape, or eye pattern.

The main behavioral biometrics includes a person’s web behavior and internet cookies, IP addresses or how someone is likely to act both online and in the real world.

Physiological and behavioral traits can be stored as inputs thereafter converted into data that is later stored to unlock in future uses.

Data is stored and processed with database servers, encrypted tokens or physical tokens.

Devices that are more secure will use on-device storage of biometric templates, which ensures identity authentication occurs without any sensitive information being sent over the internet to a different server.

There are several advantages of biometric authentication. High security and assurance are one of the benefits.

Most of the user’s passwords and PIN information have likely been compromised with a data breach resulting in accounts being accessed by fraudsters, who retain the answers to traditional authentication methods.

Introducing biometric authentication into the process adds a roadblock to fraudsters that only a real and authorised user can circumnavigate.

It is also near spoof-proof. With the current technology, biometrics such as face patterns and fingerprints are near impossible to replicate.

Another benefit is that the user experience is fast and convenient. Placing a finger on a scanner and unlocking an account in seconds is faster than typing a long password that has multiple characters.

In addition, most users make the mistake of forgetting a password.

With all these benefits, it also has its downside. It is very costly to put up a more advanced security system.

In a survey by Spiceworks in the year 2018, 67 per cent of IT professionals noted that cost is the biggest reason for not adopting biometric authentication.