Average occupancy projected at above 80%

•Some facilities such as Baobab Beach Resort have reported being fully booked over Christmas-New Year period.

•The Kenya Association of Hotelkeepers and Caterers (KAHC), the umbrella body of hotels in the country, projects high numbers in December. 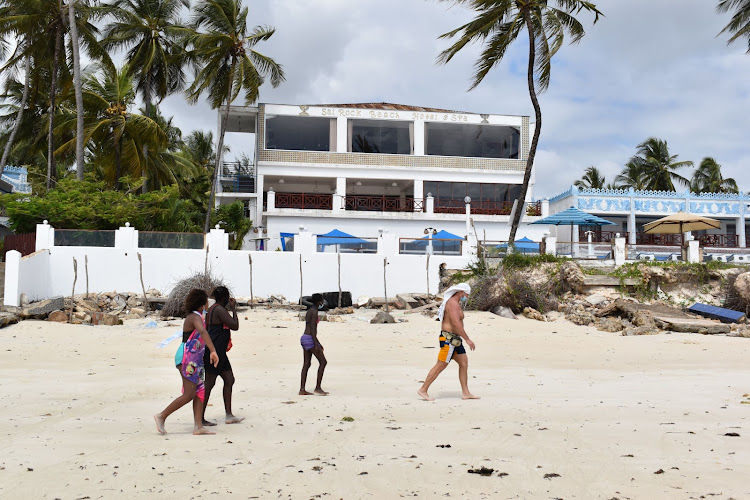 Hoteliers at the Coast are optimistic of better sales this festive season, as December and New Year bookings pick.

Industry players are hopeful that with the lifting of the curfew and the easing of  Covid-19 containment restrictions, domestic and foreign visitor numbers will be better than the previous year.

The removal of the night curfew on October 20 paved way for night travel which has increased movement.

Increased operating hours for night clubs, bars and restaurants which are support systems for the tourism and hotel industry, has also encouraged travellers mainly to the Coast over the festive season, sector players say.

While a large number of households are reeling from effects of Covid which has affected disposable income, more Kenyans are booking for holidays with a number of hotels reporting fully booking.

Yesterday, Baobab Beach Resort which runs three luxurious properties– The Baobab, The Maridadi, and Kole Kole, in Diani (South Coast), reported it was fully booked between December 22 and January 3, majority being domestic tourists from upcountry.

“We are fully booked over the festive period but mainly with the domestic market,” general manager Sylvester Mbandi told the Star.

PrideInn Hotels which runs a high end facility at the North Coast (Mombasa) is also expecting good business, mainly with the removal of the curfew.

“Since the introduction of the curfew , the hospitality sector was forced to operate for fewer hours losing millions of shillings. The lifting of the curfew has come as a reprieve,” said Farzana Zahir, sales and marketing director at PrideInn Hotels.

Leading tour operator, Pollman Tours and Safaris, is equally positive on December numbers despite reduced family trips occasioned by changes in the school calendar that has eaten into December.

“We are optimistic the numbers will be high. Resorts have started recording increased bookings and from the look of things, December will be above 80 per cent on average occupancy,” said Mohammed Hersi, a veteran tourism industry player and Pollmans' Group Operations Director.

He renewed calls for clearance of more direct flights to Mombasa from key tourist source markets, saying restrictions in place has denied the region the much needed and potential international tourists.

Hirsi said Zanzibar which is a competing holiday and beach destination is connected to 30 airports globally, giving it an edge over Mombasa.

“We cannot continue to limit Mombasa as a hub. Cape town and Durban were all allowed to be,” Hersi said.

The Kenya Association of Hotelkeepers and Caterers (KAHC), the umbrella body of hotels in the country, projects high numbers in December with both hotels at the coast and parks reaping big.

Parks and camps expected to record high volume of business include those in Maasai Mara, Tsavo, Amboseli and Mount Kenya region.

Hotels in key towns of Kisumu, Nakuru, Nanyuki and Eldoret are also expected to have good business.

At the coast, KAHC projects an average occupancy of above 70 per cent for December compared to below 50 per cent same period last year.

“Most hotels have fairly good projections above 70 per cent from the second week through to January 2022, "KAHC executive officer Sam Ikwaye told the Star on telephone.

He however said the extension of school calendar to the eve of Christmas will definitely affected the December projections.

November numbers are also looking good, he said, noting that while average occupancy projection was 60 per cent, last minute conferences to Mombasa have created a busy environment for the industry.

“We have also noted that the entire chain is now active with alternative accommodation offers also benefiting from the busy sessions. Air BnB and apartments are now busy. Suppliers and other service providers are also engaged,” Ikwaye said.

President Uhuru Kenyatta and Tourism CS Najib Balala has been encouraging domestic tourism to cushion the sector which is among the worst hit by the pandemic that disrupted international travel.