Human capital refers to the productive capacities of an individual 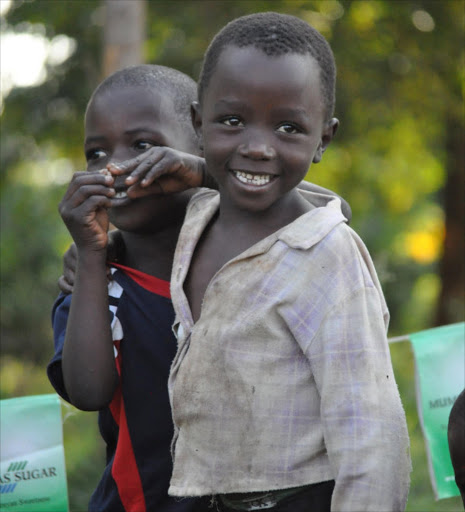 According to the Kenya Institute for Public Policy Research and Analysis (KIPPRA), the education level among younger people in Kenya is lower than that of the older generation.

This means human capital in the country is deteriorating.

Human capital refers to the productive capacities of an individual, both inherited and acquired through education and training.

Globally, the study notes that in basic literacy and numeracy Kenyans who are aged between 15-24 rank position 109, while those between 25-54 rank 78.

This means that the younger age group ranks lowest in basic literacy.

For secondary school attainment, Kenyans who are aged between 15-24 rank position 101, while those between 25-54 rank 97.

According to recent research by Unicef and Unesco, an estimated 1.8 million children who are supposed to be in school have either dropped out or never been in school at all in Kenya.

The Constitution requires that all children should at least get 12 years of basic education, primary and secondary school.

The findings of this study come hot on the heels of the World Bank's Change of Wealth 2021 report which notes that countries that are depleting their resources in favour of short-term gains are putting their economies on an unsustainable development path.

The World bank report argues that while indicators such as Gross Domestic Product (GDP) are traditionally used to measure economic growth, it is important to consider natural, human, and produced capital to understand whether growth is sustainable.

The report shows that human capital, measured as the population’s expected lifetime earnings, is the largest source of worldwide wealth, comprising 64 per cent of total global wealth in 2018.

“Although the long-lasting effects of the Covid-19 pandemic are still unknown, low-income countries such as Kenya are likely to experience the most severe impacts, with a projected loss of 14 per cent of total human capital,” the report notes

The report also notes that human capital is additionally constrained by gender gaps across all regions and income groups, with little improvement since 1995.

Kenya's wealth in terms of capital, according to the report is natural capital 16.1 per cent, human capital 68 per cent and produced capital 15.9 per cent.

Natural Capital can be defined as the world's stocks of natural assets which include geology, soil, air, water, and all living things.

Produced capital consists of physical assets generated by applying human productive activities to natural capital and is capable of providing a flow of goods or services.

According to the analysis , the share of 10-year-olds who cannot read a basic text, grew by around 70 per cent in low- and middle-income countries last year.

This rise is a result of the prolonged school closures and poor learning outcomes despite government efforts to deliver remote learning.

“Hundreds of millions of children have lost at least a full year of schooling due to Covid-19. This pandemic has brought about the largest loss of human capital in living memory and the worst education crisis in a century,” said World Bank Group President David Malpass.

According to Wangari Ngángá, Technical Advisor, Presidential Policy and Strategy Unit KIPPRA, there is need to have a collaborative approach to human capital development in Kenya.