They say the time frame is too short and is likely to be eroded by an ongoing political wave. 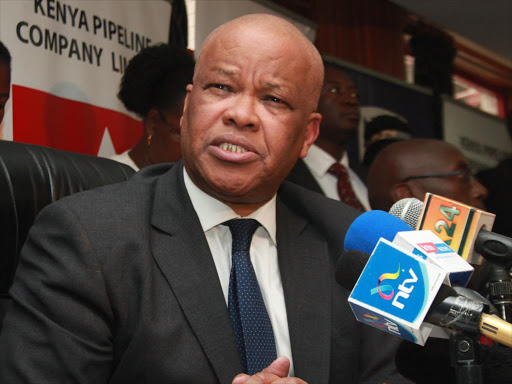 This even as the government declares Kenya Power a special State project, placing its operations under ever closer scrutiny.

Speaking anonymously to the Star due to the sensitivity of the matter, members drawn from previous and recent task forces meant to review PPAs between Kenya Power and Independent Power Producers (IPPs) are however hoping for a better outcome this time around.

According to them, although President Uhuru Kenyatta has already set up a team to fast-track the adoption of proposals made by the John Ngumi-led task force and give them six months to undertake the duty, the time frame is too short and is likely to be eroded by an ongoing political wave.

''The government's resolve is highly welcome. The ongoing political campaigns in the build-up to the general election next year and expected legal tussle could halt the initiative,'' an energy expert who sat in  Da Silva task force said.

He explained that some contractual agreements between IPPs and the Kenyan government are solid and any alteration could likely trigger a legal tussle.

A Kenya Power board member who sat in a task force formed by President Uhuru Kenyatta in late March concurred saying that the current team should ride on the current political goodwill to effect some changes but warned that it will not be a walk in the park.

''There is not much difference between what Da Silva report recommended and outcomes of John Ngumi task force. In fact, the initial one was democratic and attracted low legal implication,'' another member of the Da Silva team said.

He added that the latest one is a bit combative and might attract legal tussles that might delay implementation despite good political goodwill.

The Da Silva Taskforce formed by the then Cabinet Secretary Energy Charles Keter for instance recommended termination of power purchase agreements (PPA) whose cost implication would be minimal for taxpayers and power consumers.

It warned that it would be too costly to terminate some of the contracts and recommended that the Energy Ministry leave the contracts to lapse.

Like the latest report, the Da Silva Taskforce blamed IPPs, especially those operating thermal plants for the high cost of power in the country.

“We are proposing termination of only those thermal power plants whose cost of termination is less than maintaining them until the end of their agreements,” Izael Da Silva, the chairman of the task force told a press conference.

Even after those recommendations, Kenya Power continued to sink in losses as IPPs reaped billions, a move squarely blamed on lack of political goodwill and patronage.

''The majority of IPPs are owned by shrewd businessmen and women aligned to ruling political and opposition coalitions and parties,'' a Kenya Power board member who was part of Ngumi Taskforce said.

He explained that those interests hijacked the implementation of the report, adding that they are glad the current team has State House's blessings.

''Those in the implementation team should race against time to deliver, considering that 2022 is a politically charged year. Negotiations between them and IPPs should also be less combative to avoid legal wars,'' the source privy to the Ngumi report said.

Yesterday, John Ngumi declined to comment on the matter, saying his report is still in government custody.

We had sought to know what his implementation team was going to do differently this time around and if some of the recommendations have legal ramifications.

''Let us have this conversation once the report is in the public gallery,'' Ngumi said in a text message.

His  17-member committee was appointed last week by President Uhuru Kenyatta to fast-track the adoption of proposals made by a task force he led on to cut the cost of power by 33 per cent within four months.

On Wednesday last week, Interior Cabinet Secretary Fred Matiang’i met with the committee ad declared that it will not be business as usual.

He gave them authority to the committee and the board to fast-tracking restructuring reforms at Kenya Power to make it more efficient and launch it back into profitability.