Ketraco on the spot over delayed Kenya-Ethiopia power line

Tens of farmers yet to be compensated hence the delay

•The transmission line is 1,068km long

• The transmission line stretches 437km in Ethiopia and 631km in Kenya

•Overall investment in the project is estimated to be $1.26bn 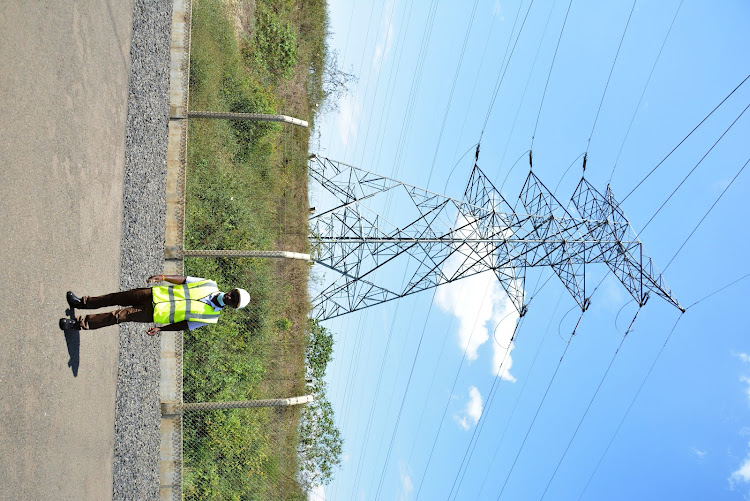 Electricity A member of the public passes next to one of the power masts that has been erected by Kenya Electricity Transmission Company (Ketraco) in Naivasha for electricity transmission from Kenya to Ethiopia.
Image: George Murage

Ethiopia is blaming Kenya for delays in completion of the multi-billion Kenya-Ethiopia electricity transmission line.

Through the Parliamentary Energy Committee, Ethiopia said it had done its part in the Sh100 billion project but the electricity supply can not commence due to delays on the Kenyan side.

The bone of contention is due to delays by Kenya Electricity Transmission Company (Ketraco) to compensate farmers in Maraigushu, Naivasha to pave way for the  transmission line.

The transmission line is 1,068km long and stretches 437km in Ethiopia and 631km in Kenya. The overall investment in the project is estimated to be $1.26 billion.

It is financed by the Africa Development Bank, the World bank and the two respective governments and runs from Woloyta/ Sodo in Ethiopia to Suswa Substation in Kenya.

The committee had ordered the National Land Commission (NLC) to conduct fresh evaluation of the affected land parcels following a petition by the affected households.

According to the committee chairman David Gikaria, the first evaluation was done in 2013 but Ketraco delayed the payment forcing the farmers to seek re-evaluation in 2018.

Speaking in Naivasha, he noted that the delayed compensation had affected work on the project leading to concerns by Ethiopia.

“We were in Ethiopia last month and the Minister of Energy was complaining about failure by Kenya to complete its part of the project thus affecting planned evacuation of electricity,” he said.

The Nakuru East MP said that the committee recommended the formation of a liaison committee and the re-evaluation process by NLC.

“We handed over our recommendation to the implementation committee in parliament and we are shocked that KETRACO which got the Sh8 billion compensation funds has not done its part,” he said.

A senior KETRACO official said the Maraigushu area is the only part remaining along the Kenya-Ethiopia transmission line.

“We have received parliament's recommendation for a reevaluation but this was not addressed in our budgetary allocation and hence the current impasse,” said the official requested no to be named as he is not Ketraco's official spokesperson.

Francis Wachira, one of the affected farmers said while they fully support the government project it pains that years  after their land was appropriated all they have received are threats.

Mary Wanja said that her father passed on while chasing his dues from NLC and the electricity company.

“Already half of our land has been affected by the power line but KETRACO has refused to hear our cries and hence the continued suffering,” she said.

Naivasha East MCA Stanley Karanja accused KETRACO of using unorthodox methods to take over the land from the peasant farmers.

He said that majority of those affected by the project had not been paid yet the company was in their farms erecting the power masts.