Traditional banking only accounts for four percent of transactions - CBK

The traditional brick and mortar banking services only accounts for four per cent of transactions in Kenya as more banks got digital.

According to Centra Bank of Kenya Governor Patrick Njoroge, 96 per cent of transactions happen outside the bank branches. This is up from 91 per cent before the Covid-19 pandemic struck.

Njoroge said the number of bank transactions on mobile phones has increased from 56 per cent to 85 per cent of all transactions.

The Governor spoke at the Agile Regulation for Digital Transformation(A.Reg 4DT) webinar organised by the World Bank.

“Indeed the world has changed dramatically from 2007, when mobile phone money transfer services were introduced in Kenya. Subsequently, mobile phones laid the digital rails, that have seen the transformation of financial inclusion,” said Njoroge.

Njoroge said that as digitalisation continues to democratise and transforms financial services to anytime anywhere access by customers, regulators must adapt to the new terrain.

He however noted that digitalisation is a breeding a new generation of services that mimic financial services.

A case in point is the growing proliferation of unregulated digital lending apps, competing directly with banks.

“These apps have been flying below the regulatory radar, as they are not deposit-taking, the traditional threshold for regulators to take note,” said Njoroge. 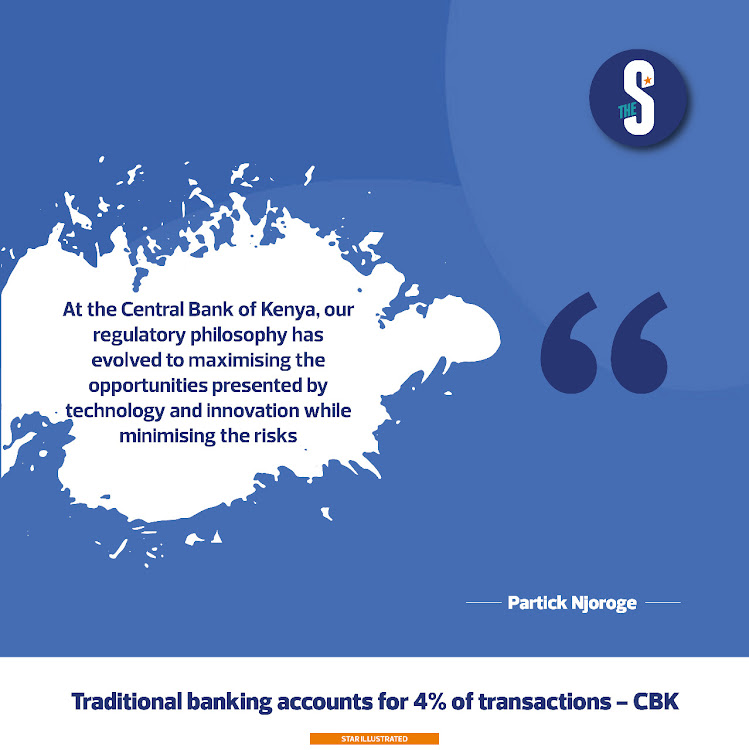 “While these services may lead to enhanced access for unserved and underserved segments of the populace, they pose considerable consumer protection concerns,” said Njoroge.

These concerns, says the CBK, are now spilling over to a loss of trust in the financial system.

“At the Central Bank of Kenya, our regulatory philosophy has evolved to maximising the opportunities presented by technology and innovation while minimising the risks,” said Njoroge.