KRA expected to adjust the rate of excise duty using 4.97% as the average inflation rate. 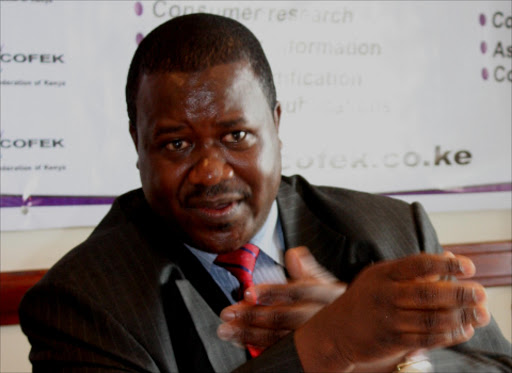 An increase in excise rates will fuel illicit trade in the country as majority Kenyans struggle to cope with the soaring cost of living, Stop Crime Kenya (StoCK) has warned.

With a secretariat at the Consumers Federation of Kenya (Cofek), StoCK is campaigning against criminals who make a fortune smuggling and selling illicit goods.

The inflation-linked excise hike of 4.97 per cent comes into force on October 1, and spells further bad news for consumers reeling from recent record fuel prices.

“Kenya’s high taxes are already to blame for the smuggling of a range of goods from neighbouring countries where rates are dramatically lower,”  StoCK chairman Stephen Mutoro.

For instance, cigarettes are 25 per cent  more expensive in Kenya than in Uganda and a bottle of beer is twice the price, notes Mutoro, who is also the Cofek Secretary-General.

Diesel is currently selling at Sh60 a litre in Ethiopia, compared to Kenya’s pump price of Sh109.8.

The upcoming increases will widen the gap further and boost the profit margins of criminals involved in illicit trade, while stretching the resources of honest, hard-working citizens,  he said in a statement on Friday.

The government is in the process of adjusting the rate of duty for inflation, set for October 1, which will affect the cost of basic consumer goods which are subject of excise duty.

In a notice issued on August 10, Kenya Revenue Authority (KRA) Commissioner General said the taxman would adjust the rate of excise duty using 4.97 per cent, as the average inflation rate covering the 2020/21 financial year.

As a result of the upcoming increases, consumers will pay Sh5.77 more for a litre of beer while prices for spirits will rise by up to Sh13.20.

A litre of petrol will rise by Sh1.09, while diesel and kerosene will increase by Sh0.566 per litre each.

“It is neither just nor rational to take money from the people without stepping up measures to combat the illicit economy, which robs us of Sh153 billion in tax revenue annually,” Mutoro urgued.

A consumer survey commissioned by StoCK in August found that illicit trade is commonplace throughout Kenya, but hardly anyone realises its true, devastating cost.

The results of the second StoCK survey will be unveiled on October 1.

Illicit trade costs Kenyans an estimated Sh153 billion a year in lost taxes and robs the state of resources needed for vital services.

It also funds other criminal enterprises, breeds corruption and finances extremism across the region.

Mutoro added that illicit products put the lives of citizens at risk and destroy legitimate businesses and honest jobs.

“While enriching criminals, they reduce the revenue that government needs to deliver basic services to the poor and vulnerable, such as old-age grants, schools, clinics and a vaccine roll-out programme to deal with the Covid-19 pandemic," he said.

He said instead of providing incentives for illicit trade with excise increases that hit honest citizens, the government should focus on collecting the taxes that are being evaded in the shadow economy.

The local currency has depreciated by approximately 8%, trading at an average 110.3 yesterday
Business
3 weeks ago

Tougher times ahead as KRA moves to adjust excise on fuel

Fuel prices in Kenya could further to rise if adjustment on excise duty rate on petroleum products by Kenya Revenue Authority is effected.
Business
3 weeks ago
by MARTIN MWITA Business Writer
Kenya
24 September 2021 - 13:00